The Link Between Asbestos at Railroads and Mesothelioma for Retired Workers 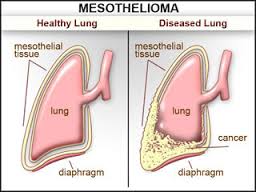 Both versions of the adage describe the harm done to generations of railroad workers who knew how asbestos was being used at their worksites and how railroad executives intentionally hid the truth about deadly risks from long-term, repeated exposures to airborne asbestos fibers.

Consider, first, the dictionary definitions of asbestos and mesothelioma.

Asbestos — a fibrous mineral, either amphibole or chrysotile, formerly used for making incombustible or fireproof articles.
Mesothelioma — a malignant tumor of the covering of the lung or the lining of the pleural and abdominal cavities, often associated with exposure to asbestos.

Workers knew the first set of facts very well. Starting in the early 1900s and continuing into the 2000s. every person who worked on or around trains encountered asbestos in company buildings, on rail cars, in brake components, and in and around diesel locomotive engines. The substance was used extensively as insulation around pipes and in walls. It was also used to reduce and friction on all kind of rolling stock components. This was true for Amtrak, Conrail, CSX, Norfolk Southern and all those companies’ earlier incarnations.

The asbestos constantly flaked and became airborne. No rules for wearing masks and respirators were enforced for decades. Even basic safety measures such as spraying to reduce dust in rail yards and repair shops were rare.

Company executives learned as early as the 1930s that people who breathed in asbestos fibers could develop the rare, but always fatal, cancer known as mesothelioma. Until radiation therapy for other types of cancer became common during the 1970s, there was really no other clearly acknowledged cause of mesothelioma other than asbestos.

What railroad workers knew never fully connected with what company executives learned until the 1980s. It was in that decade that the U.S. federal government finally took serious steps to restrict industrial uses of asbestos. The rules arrived with huge loopholes, however. Rail corporations could leave asbestos in place until building were torn down or until rail cars, brakes, diesel locomotives, cabooses, and diesel engines and generators needed to be replaced.

Railroad executives got away with endangering—and, ultimately, being responsible for—taking the lives of so many engineers, conductors, brakemen, trackmen, repairers, machinists, clerks, signalmen and others by doing three things.

They started by denying any health risks existed. Asbestos was widely used in industries from auto manufacture to shipbuilding, as well as in commercial and residential construction. Plus, the substance was cheap, abundant and effective. If it were truly dangerous, railroads argued, how could it be absolutely everywhere?

When railroaders did start falling ill, becoming disabled and dying, the link between their old jobs and their ill health was not readily apparent. People with mesothelioma often do not show symptoms until 20-30 years after asbestos has done its irreversible damage.

Then, rail corporations pointed to every other cancer risk factor besides on-the-job exposure to asbestos fibers. A lifelong history of cigarette smoking greatly complicated the cases of many retired railroaders who brought personal injury and wrongful death cases under provisions of the Federal Employers Liability Act (FELA).

Rail corporations figured they could cover up facts, wait out ill former employees until they became incapable of taking legal action, and turn the blame back on victims. Fortunately, those assumptions have been proven false.

Hundreds of FELA lawsuits have held railroads accountable for their negligence in protecting employees. In addition, an overwhelming amount of scientific and medical evidence shows that smoking does not cause mesothelioma.