A 39 year-old owner of a flooring company in Florida has sued AT&T after he was diagnosed with mesothelioma.

Earlier in his work career, he had installed fiber optic cable for AT&T, and most of the cables were buried underground in cement pipes. As he disturbed the cables, asbestos dust was raised from the cement.

AT&T has disputed the claim because his work for the company was done while he worked for a subcontractor – Danella Construction. However, the mesothelioma lawsuit claims that Bellsouth, which was bought by AT&T, gave no warning to him or any other Danella employees that the pipes were made with asbestos cement. 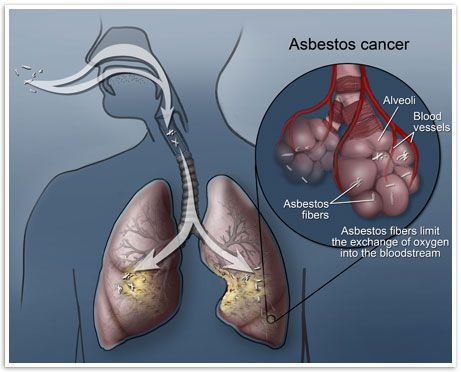 However, they did warn their own employees and gave them instructions on how to deal with asbestos. Those warnings inside the company were given long before the subcontractor started their work, the suit alleges.

AT&T is putting all of the responsibility for the asbestos cancer on the contractors. The company stated that it requires that all contractors follow OSHA rules. It added that the man knew the risks of the work and he voluntarily exposed himself to the risks of working with asbestos.

The former worker’s mesothelioma is getting worse, and he now has lost more than 70 pounds, and he must use a colostomy bag.

Our asbestos cancer personal injury lawyers in Virginia know well the machinations that multi-billion dollar corporations will attempt to deny their accountability in these types of cases. Our Virginia and North Carolina mesothelioma attorneys often represent injured railroad workers whose retirement years have been largely wrecked by deadly lung cancer.

We represented two workers a few years ago that worked for two large railroads. Both men were conductors and switchmen and worked there for over 20 years. The first man soon died from mesothelioma and our asbestos cancer legal team represented his estate after his death.

The other man worked as a switchman for more than 25 years and did not know he was working with asbestos. He was exposed to asbestos in train cars, locomotive engines and work places that contained the deadly substance.

We filed suit on behalf of both men and the railroads argued that they did not have any asbestos in the products they used. We brought in industrial hygiene experts who proved that the workers had been exposed to asbestos on the job. Confidential settlements were reached.

Big companies will fight their liability for deadly asbestos cancer in former workers. So you should work with an experienced attorney in your state to ensure you get the compensation you deserve.