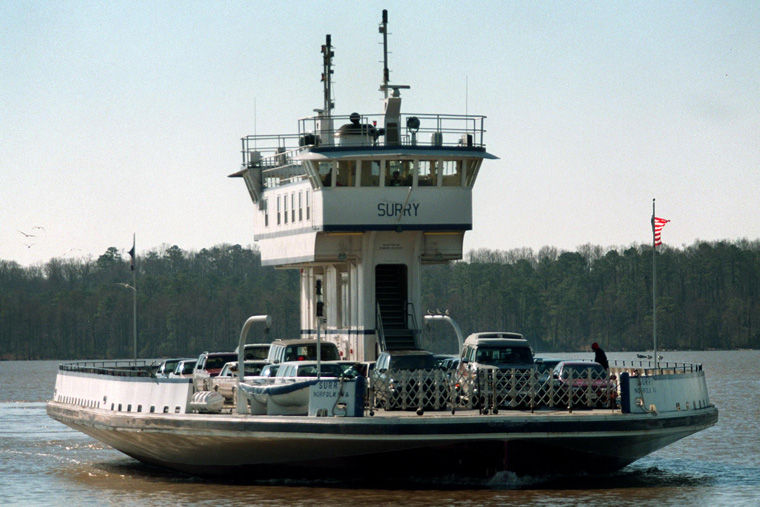 The captain who was in charge of the Jamestown-Scotland ferry that pulled away from a pier as a car was boarding has been terminated from his position with the Virginia Department of Transportation. He had been on suspension since the incident occurred last week when a 19-year-old Courtland woman had to swim to safety after her Toyota Scion fell into the James River while she was driving it onto the ferry.

According to witnesses, the “Surry” was still moored to the dock and only a few cars had driving onto the boat when it began to pull away. The Toyota Scion was halfway on the boat when it started to move away from the pier.

In an interview, the victim said she tried hitting the gas pedal of the car, hoping she could get onto the ferry, but there was too much space. She said she felt the back of her car fall off the ramp and then hit the water. As the car submerged, she somehow managed to get the window button to open and she was able to climb out of the car and onto its roof as it sunk to the bottom of the river.

The VDOT and US Coast Guard are conducting a joint investigation. Preliminary results found there was no malfunction of the Surry that would have caused the incident. The captain and crew members were also all tested for drugs and alcohol, but no test results have been publicly released yet.

All operational and safety protocols and procedures associated with loading and unloading the ferry are currently under review by VDOT management. A spokesperson for the agency said they are unaware of any similar incidents happening in the past decade.  The economical and convenience benefits of mass transit have led to increase popularity in buses, trains, ferries and other forms of mass transit travel. But with that increase in usage also brings an increase in accidents and accident injuries.