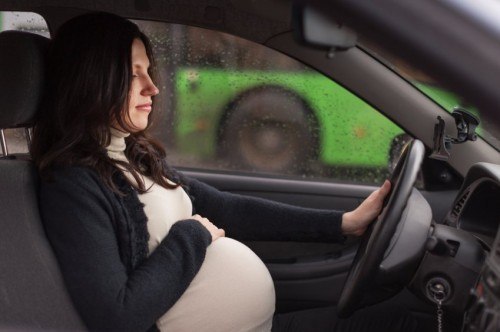 When a woman is pregnant, that nine months is spent “protecting” the baby that is growing inside of her. She watches what she eats, the environment she is in, and what activities she is involved in. The goal is to stay as healthy and stress-free as possible to help ensure the safe arrival of her baby. The protective steps a woman will take to protect her pregnancy are the same anywhere in the United States, much less in Virginia Beach or Norfolk Virginia where our firm often practices personal injury law.

Unfortunately, no matter how cautious and careful an expectant mother is, the risk of being injured in a car accident increases during pregnancy. Multiple studies, including a recent one by Canadian researchers, reveal that during a woman’s second trimester of pregnancy (weeks 13 to 27), the risk of being in a car crash spikes to 42 percent. Instead of picking out colors for the nursery, these injured victims now face car accident while pregnant settlement issues, such as dealing with intimidating insurance companies.

The risks to a pregnant woman and her baby from a car accident can be dire: premature labor, internal bleeding, hemorrhaging, and miscarriage. In serious crashes that cause injury to the pregnant woman and her baby, those injuries can turn what was a normal, healthy pregnancy into a high-risk one, putting the lives of both the mother and baby at risk. Injuries to the baby can also cause life-long birth defects to a baby who was perfectly healthy before the crash.

A pregnant woman who suffers an abdominal injury or trauma during a car crash is at high risk of placental abruption. The placenta is what protects the baby in the mother’s womb, but a trauma can cause the placenta to separate from the mother’s uterus, a life-threatening condition for both mother and baby.

When a pregnant mother suffers personal injuries from an at-fault driver requiring extensive medical care to protect the baby, our firm can help with those sorts of claims. All sorts of personal injuries arise from serious car accidents and protecting the unborn child ranks high in the obvious steps that a woman needs to take as a result of serious injuries resulting from any sort of car or truck accident caused by the neglect or carelessness of another driver.

If you were injured in a car crash while pregnant, or your baby suffered premature delivery and/or injuries from the crash, you are likely dealing with many medical issues, as well as the fear of not knowing what long-term effect these injuries may have on your child. Our Virginia car accident attorneys have successfully represented many families who have struggled with similar losses and our attorneys have extensive experience in a car accident while pregnant settlements and dealing with insurance companies who often take advantage of vulnerable victims.