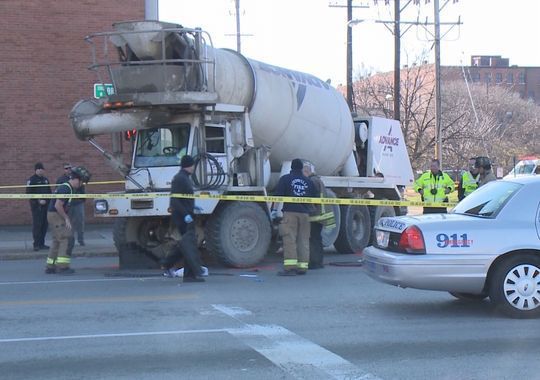 A Raleigh woman narrowly escaped certain death as a cement truck’s drive shaft flew through her windshield smashing the glass as she drove her car down I-440 in Raleigh, North Carolina (N.C.)  In what can only be described as miraculous, the woman was unharmed physically, but was certainly emotionally distraught from the run in with the cement truck.  The victim, Marie Chang, was eastbound on the Beltline near Jones Franklin Road when the drive shaft of the cement truck in front of her flew off and went through her windshield barely missing her as it struck her front seat after crashing through her windshield. An obviously shaken Chang told news sources that she could have imagined herself being killed right then and mentioned that she definitely felt she was being protected by God as the glass windshield glass shattered all around her.

Believe it or not, having a drive shaft fall off a truck is unusual but does occur on occasion. In fact, many people across the country-besides in North Carolina-have being severely injured to faulty equipment such as a drive shaft flying off a truck and  smashing into an unsuspecting driver as a deadly projectile.  Negligent truck maintenance is one of the leading causes of accidents besides driver fatigue.