Traumatic Brain Injuries Are Another Risk From Drunk Driving 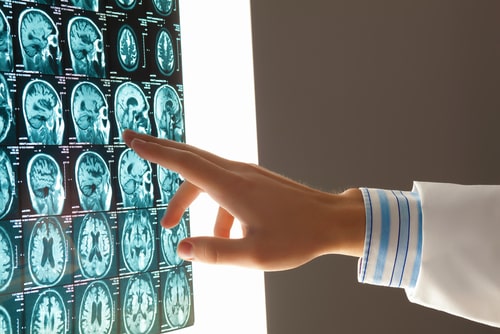 Allow me to begin with a story out of California that has stuck in my mind for nearly a decade.

Two sisters, one just of whom was just 16 years old at the time, suffered serious, life-altering traumatic brain injuries (TBIs) when a driver with a measured blood alcohol concentration (BAC) of .16 ran a stop sign and T-boned their car. The at-fault driver was operating a truck for the farm that employed him.

The younger victim was never able to return to school. A news report written a couple of years after the crash described her as stuck “at home with a walker, a left leg she can only drag, a crooked left arm, virtually no memory and the inability to control her judgment and emotions.”

Efforts to settle personal injury claims with the insurance company for the farm failed. Following a civil jury trial, the permanently disabled sisters received a combined award of $31.6 million. The money represented compensation for medical bills, lost wages and pain and suffering.

While the cash will help, the older sister told a reporter, “You can’t put a price on what happened. Money is not going to change life back to the way it was before.”

It is tragically fitting that a man who was driving under the influence would inflict such devastating brain injuries. As the National Highway Traffic Safety Administration (NHTSA) notes on its website, “Alcohol is a substance that reduces the function of the brain, impairing thinking, reasoning and muscle coordination. All these abilities are essential to operating a vehicle safely.”

Drinking too much also slows reaction time, blurs vision and causes drowsiness. The first debilitating effects of consuming liquor, beer or wine become measurable when a person registers a BAC of .02. Many people reach that BAC after drinking a single 12-ounce beer over the course of one hour.

Now, consider how in 2019, the average BAC of a driver involved in a drunk driving crash recorded by the Virginia Department of Motor Vehicles was .149. That is nearly twice the legal limit and more than seven times higher than the stage when, according to NHTSA, the predictable effects on driving will be a “decline in visual functions (rapid tracking of a moving target) [and a] decline in ability to perform two tasks at the same time (divided attention).”

At a BAC of .15, the average person is stumbling, drifting in and out of consciousness, and finding it difficult to process visual information. It is little wonder, then, that the five most-frequent errors committed by drunk drivers in the 7.048 alcohol-related crashes recorded during 2019 were

Tellingly, 388 of the drunk driving wrecks were also classified as hit-and-run collisions.

The Virginia DMV does not keep track of the types of injuries intoxicated drivers cause. In total, though, the agency attributed 264 deaths and 4.402 injuries to individuals driving under the influence of alcohol in the state during 2019. About one-third of the innocent victim were passengers and pedestrians.

Our Virginia personal injury law firm has represented many TBI victims and an even larger number of people who were hit and hurt by drunk drivers. Going to trial when a settlement cannot be reached significantly delays compensation for clients. Regardless, seeing the legal fight through to end is essential.

People who drive under the influence must be held accountable. Men, women and children harmed as a result of that reckless act deserve compensation. This is particularly true when the DUI crash victim suffers a traumatic brain injury and requires a lifetime of medical and personal care.