Drunk Drivers Cause Many Wrong-Way Accidents 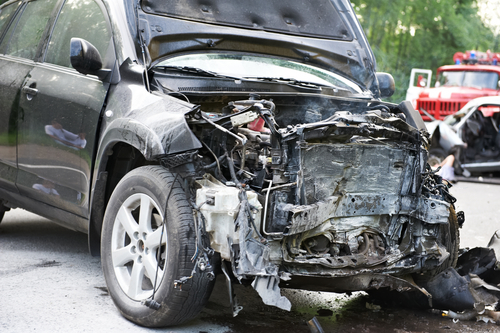 After conducting the most-comprehensive review of wrong-way driving crashes in the United States ever attempted, the National Transportation Safety Board (NTSB) reported in 2012 that

The NTSB also found that a large percentage of wrong-way drivers were drunk or stoned at the time of their crash. This finding has been consistent across other analyses of why drivers run across medians, cross center lines and go up the off ramp.

Intoxicated drivers are particularly prone to steering their vehicles into oncoming traffic because excessive intakes of alcohol and drug blur vision, slow reflexes and impair judgment. While drunk or high, a driver is much more likely to ignore traffic signs and signals, primed to become distracted or falling asleep behind the wheel, and less likely to recover from errors in steering.

My Virginia/North Carolina personal injury law firm clients and I have seen firsthand the carnage drunk wrong-way drivers inflict. In one case, a Newport News, VA, man who had been drinking and using drugs while cruising around town slammed head-on into a car being driven by a young school teacher. The victim suffered multiple broken bones, a collapsed lung and respiratory failure.

Massive loss of blood and prolonged oxygen deprivation sent our client into shock and left her with permanent brain damage. As terrible as that incident was, death can be an even more frequent outcome from a wrong-way crash.

Turning back to the 2012 NTSB report, federal researchers concluded, “Wrong-way collisions occur relatively infrequently, accounting for only about 3 percent of accidents on high-speed divided highways, but they are much more likely to result in fatal and serious injuries than are other types of highway accidents.”

A study out of Virginia pointed to a fatality rate 27 times higher for wrong-way accidents. Other states have shown a range of 12 to 22 times higher.

Preventing wrong-way crashes will obviously save lives. A very simple way to do that boils down to setting aside the car keys after picking up a beer or taking drugs.