Mother Files Lawsuit against Nurse and Hospital for Baby’s Death 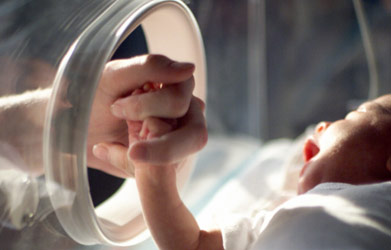 on mother has filed a lawsuit against a nurse and the facility where the nurse works, Portland Adventist Medical Center, alleging negligence for the death of the woman’s newborn son. The infant died on August 12, 2012, when he was just 10 days old.

According to the lawsuit, the nurse brought the infant to her hospital bed to breastfeed the baby. The mother says the nurse placed the baby next to her on the bed and left them unattended. However, just three hours earlier, the mother had been given painkillers and sleep aids for discomfort for the Caesarean section she had undergone during the infant’s birth.

An hour after the nurse left the baby in the bed, the mother realized he was unresponsive and called for help. When no medical staff came to the room to help, she struggled to get out of the bed and carried the baby into the hallway. The newborn was placed on life support but died six days later. He was the woman’s first child.

According to specific recommendations from the American Academy of Pediatrics, babies should never share a bed with parents or anyone else. There should also never be sheets, blankets, pillows, or any other items placed in a baby’s bed. Multiple studies have shown connections between sharing beds and sleep-related deaths in babies, including sudden infant death syndrome (SIDS), and accidental suffocation and strangulation

There are far too many tragic incidents of preventable errors both before, during, and after an infant is born. These preventable errors often cause debilitating – and fatal – injuries. In the case of the Oregon lawsuit, the mother had been given powerful narcotics and sleep aids because of the major surgery she had just undergone, yet the nurse left the infant with her unattended, despite being aware of the effects these medications have on patients. This negligence caused the death of an innocent baby and has left a family devastated.

Our North Carolina birth injury firm has successfully represented many families whose newborns suffered terrible injuries. In one case, a nurse-midwife’s negligent care caused shoulder dystocia in an infant during delivery. This happens when the infant’s shoulders become stuck inside the mother during delivery, putting both the baby and mother at serious risk. For the baby, there may be an injury to the nerves of the shoulder, arms, and hand which can cause shaking or paralysis. There may even be brain damage caused by lack of oxygen.

In our client’s case, the jury awarded the child $2.3 million and awarded the mother an additional $60,000 for past medical expenses.

If your infant suffered an injury caused by medical personnel, contact a skilled North Carolina medical malpractice attorney to discuss the details of your case and decide what your legal options may be against those responsible for your child’s injuries.