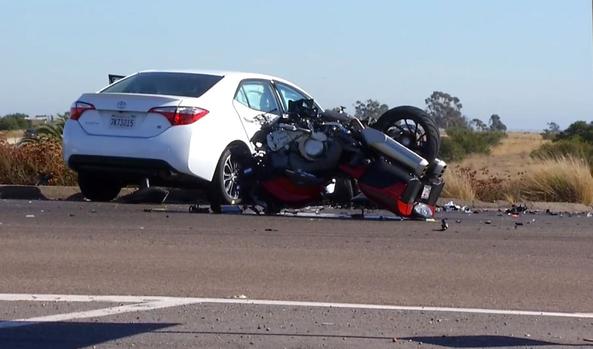 During 2018, 88 motorcycle riders died in crashes on Virginia roads and highways. According to reports collected by the state Department of Motor Vehicles, 59 of those fatalities occurred in crashes involving more than one vehicle. The leading causes of all types of crashes in Virginia were following too closely, failing to yield right of way and making improper lane changes.

The number of fatalities is not surprising. As explained in a federal government pamphlet titled The Anatomy of a Motorcycle Crash,

So, what happens when a car or truck driver commits one of those traffic violations and causes a wreck that claims a motorcycle rider’s life? Police will investigate, and the motorcyclist’s loved ones will grieve. When evidence shows that the driver of the larger vehicle was to blame, Virginia law allows family members to file insurance claims or a wrongful death lawsuit against the at-fault driver.

Compensation can be sought for medical expenses incurred while trying to save the motorcycle rider’s life, funeral and burial costs, and the present wages and future earnings that were lost due to the crash victim’s untimely and preventable death.

Monetary damages can also be sought for what applicable laws call “noneconomic losses.” These types of losses include emotional anguish, loss of the companionship of a spouse and the loss of the care and guidance of a parent.

As Virginia personal injury and wrongful death attorneys who have more than 60 years of combined experience representing victims of motorcycle crashes, my colleagues and I understand two truths. First, losing a loved one because another driver acted negligently or recklessly behind the wheel is devastating.

Equally important, pursuing wrongful death claims can prolong and intensify grief and trauma for family members. Working through the legal process of holding the at-fault driver account can often feel less like a quest for justice than a daily, painful and unwelcome reminder of all that has been lost.

When we take a case, we commit to doing as much of the day-to-day tasks of dealing with insurance adjusters, courts, police, private investigators and all the people and things that can easily overwhelm family members as they try to move on from tragedy. We can never guarantee that we will win a case, but we always do our best to achieve the best financial and emotional outcomes for our clients.