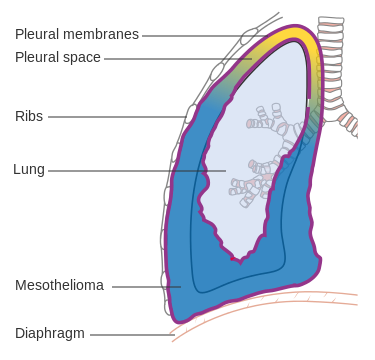 Doctors and workplace safety experts agreed more than 80 years ago that inhaling asbestos fibers on the job caused the overwhelming majority of cases of fatal mesothelioma. Work-related exposures to airborne asbestos also put people at risk for other lung diseases, a condition called asbestosis that results from microscopic cutting and scarring of lung tissue, and a range of cancers affecting the intestines, stomach, mouth and throat.

This concerns me and my Virginia-based law firm clients because many of our clients have been retired railroad workers who filed occupational illness claims under provisions of the Federal Employers Liability Act (FELA). Evidence gathered and analyzed for those FELA injury and wrongful death lawsuits have consistently shown that rail corporations such as CSX, Norfolk Southern and the companies that evolved into those entities knowingly neglected to protect employees from airborne asbestos fibers.

No one doubts the truth of the adage that an ounce of prevention is worth a pound of cure. The reality of mesothelioma, chronic obstructive pulmonary disease and asbestosis for former railroad workers, however, is that no cure exists. Only preventing the problems from ever developing would have spared ten of thousands of engineers, conductors, brakemen, signalmen, trackmen, machinists, repairers and clerks from prolonged suffering and early deaths.

Solid evidence of the link between breathing in asbestos fiber and developing debilitating or deadly health conditions emerged in the 1930s. Rail corporation did not start taking meaningful steps toward reducing the use of asbestos brake pads and asbestos insulation until the 1990s. The toxic and cancer-causing material remained common in wheel and brake assemblies, locomotives, cabooses and rail yard building for decades after that because regulatory loopholes allowed companies to leave asbestos in place until equipment was replaced or buildings were renovated or torn down.

Physicians started warning railroad operators about the need to take control of “toxic dust” before World War II. For largely business reasons, diesel locomotive did replace steam locomotives after the war, which visibly cleared the air in and around rail yards and near rail beds. But diesel particulates and asbestos fibers are invisible to the human eye. Even in high concentrations, a cloud of harmful particles measuring mere microns cannot be detected by the people who are most immediately in danger.

Railroad executives acted on the principle that out of sight, out of mind was good enough and did little to ensure dust suppression, require masks and respirators, or limit workers’ time in areas with poor air quality. Repair shops and train crew cabs were particularly noxious, as servicing brakes sent plumes of asbestos into the atmosphere and engine exhaust filled the workspace for train crew members.

Mesothelioma and COPD cases among longtime rail employees did not spike until the 1990s. It was only then, in the face of a wave of FELA lawsuits, that rail corporations finally implemented the workplace safety and employee health screening measures they had been urged to take more than a half-century earlier.

Freight and passenger rail corporations from Amtrak to Union Pacific have paid out hundreds of millions in FELA settlements and jury awards to victims of mesothelioma and other occupational illnesses. The companies almost surely would have spent less in total and inflation-adjusted dollars had they simply phased out asbestos earlier and put procedures in place to protect workers.

By prioritizing short-term profits over long-term worker well-being, railroads showed why neglecting a problem in the hopes that it will never be brought to light is bad for business, in addition to being disastrous for the people who make a business successful. Surprisingly, numerous corporations continue to operate with a wanton disregard of workplace safety. If history teaches anything, this will come back to haunt willfully negligent corporations.