Railroads Must Do More to Protect Pedestrians

The Federal Railroad Administration (FRA) estimates that 94 percent of all deaths due to train crashes happen when people are on the tracks where and when they should not be. The majority of the fatalities, about 500 each year, are pedestrians. 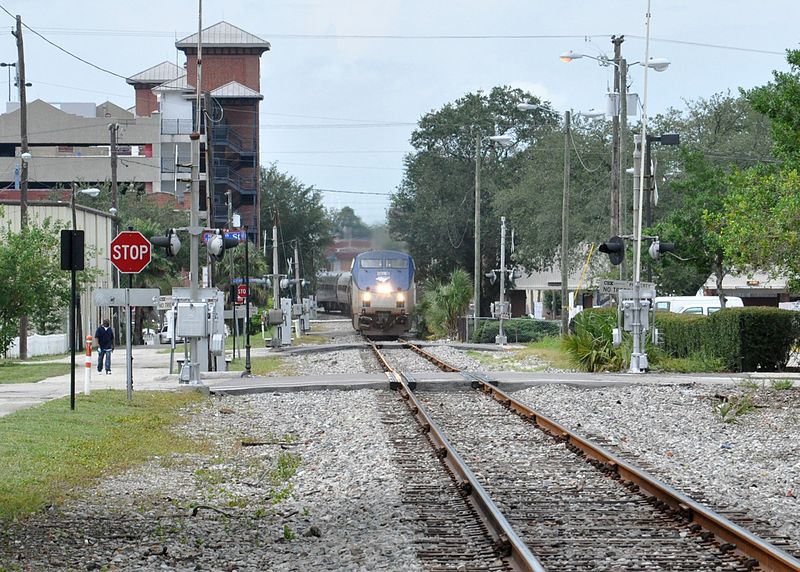 Deadly train collisions occur at railroad crossings, on bridges and overpasses, at stations, and all along railroad rights-of-way in urban, suburban and rural settings. In each scenario, the FRA and railroad executives call the deceased victims “trespassers.”

That description applies to the degree that laws make going around lowered crossing gates and climbing over barrier fences illegal, but what happens when a train parks overnight in a residential neighborhood? Or when the distance between designated crossings controlled by gates and warning lights is measured in tens of miles? What about crowded stations where passengers must walk across active tracks to board or get off their trains?

FRA officials last fully updated the agency’s Guidance on Pedestrian Crossing Safety at or Near Passenger Stations in 2012. The agency encouraged rail corporations to install swing gates at track access points, deploy audible and visual warnings for trains, and make greater use of audible and visual warnings in stations. The not-at-all-special circumstances where pedestrians walk onto tracks because they have no other valid option are largely unaddressed.

This led one pedestrian safety group to note,

It would make sense for rail entities to pay attention to where people are “trespassing” on railroad tracks and figure out how to accommodate them safely. Rather than blame the victims, planners could see these illegal crossings as a sort of “desire line,” like the dirt paths that get carved into grass over years of use because it’s the most direct way to walk, even if there’s no sanctioned path there.

To give some due credit, major freight and passenger railroads have implemented most of the recommendations from the 2012 FRA guidance. Those efforts, along with the use of federal funds to upgrade railroad crossings, have lowered the average number of pedestrian and motorist deaths due to train crashes by 32 percent since 2000. At the same time, even the Association of American Railroads admits that “95 percent of rail-related deaths are preventable.”

Fencing off sections of track, parking trains outside of residential areas, building pedestrian bridges over tracks, and ensuring every grade crossing has working automatic gates would do much to prevent those preventable deaths. Until rail corporations fully commit to making safety improvements, the best advice for pedestrians who live and work close to tracks remains