Our Virginia-based railroad injury law firm client suffered permanently disabling shoulder and arm injuries when a hand brake wheel kicked back on him. As described by him and witnesses, the wheel stuck. As he pulled it toward his body, the wheel sprung loose before immediately snapping in the opposite direction with great force. 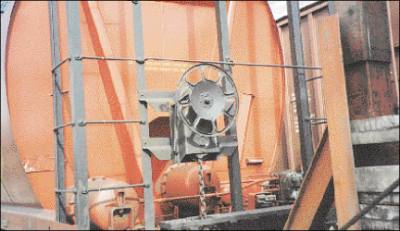 The man heard a pop but kept working. Pain and weakness increased over the following days, and our client eventually sought medical treatment.

Repairing the damage to his arm and shoulder required several surgeries. After missing considerable time from work, he learned that he would never recover sufficiently to resume all of his previous job duties. This led him to end his railroad career.

The disabled former railroad worker hired our law firm to represent him as he sought to have the rail corporation cover his expensive, ongoing medical care and compensate him for lost wages and future earnings. Such claims are allowed under the Federal Employers Liability Act, or FELA.

Succeeding in receiving a settlement or lawsuit award for FELA claims requires showing that the defendant railroad company or its managers were negligent. Establishing that the defendant’s negligence consisted of a failure to comply with a relevant safety law or regulation makes the rail corporation strictly liable for compensating the injured worker.

In this case, our FELA lawsuit attorneys focused on an apparent violation of the Safety Appliance Act. This federal law was enacted in the late 1800s, making it one of the oldest sets of worker protections in the United States. To remain in compliance with the Safety Appliance Act, railroads must, among other things, ensure that rail car brakes and all brake components remain in good working order.

Building our client’s case was originally complicated by the fact the man did not file an accident report. Notifying managers and supervisors is not required to pursue a FELA lawsuit, but such documentation serves as a useful guide for future investigations into the incident.

Fortunately, our client remembered the order of the rail car with the defective or malfunctioning hand brake wheel in the train he had crewed. Knowing that the car was second behind the locomotive permitted our attorneys to identify the car from trip records, which, in turn, permitted physically locating and inspecting the car.

Our attorneys also obtained testimony for the client’s coworkers and doctors. A commitment from a former Federal Railroad Administration (FRA) official to testify in court that the brake wheel dd not operate as designed stood as a key part of our strategy. The former FRA official based their conclusions on detailed reviews of maintenance records and statements from our client’s coworkers.

Faced with all the evidence of its negligence, the defendant railroad agreed to enter into mediation. That effort to avoid a jury trial failed, but a mutually agreeable settlement was reached just before the court hearing was scheduled to begin.