Catastrophic Virginia Truck Accidents When a Truck Driver Is DWI 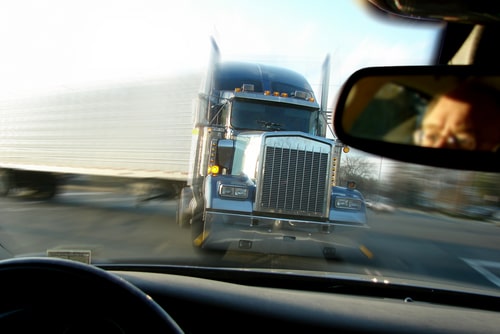 Despite the avalanche of education and warnings, many people still get behind the wheel of their vehicle after they have been drinking. Far too often, the results of these drinking and driving decisions are serious crashes. The injuries and damage from alcohol-related crashes are frequently more intense than other crashes, but when the vehicle the drunk driver is operating is a tractor-trailer or other commercial truck, a Virginia personal injury lawyer understands just how devastating the outcome can be.

The size of these massive vehicles increases the likelihood that the crash will be a fatal one when the other vehicle involved in the crash is a passenger vehicle. Victims often sustain catastrophic injuries that leave them permanently disabled and many do not survive their injuries. A Virginia truck accident attorney can pursue damages for victims in a personal injury lawsuit or for the victim’s family in a wrongful death lawsuit if the victim is killed in the crash.

Every state has its own laws addressing driving under the influence, however, in all states – including Virginia, a driver is considered legally intoxicated if they have a blood alcohol content (BAC) of .08 percent. All 50 states also have zero tolerance laws that prohibit drivers under the age of 21 from drinking and driving at all.

Commercial drivers have different rules to follow under the laws of the state of Virginia, as well as the federal government. Virginia prohibits alcohol consumption for truck drivers who are on duty. And instead of a BAC of .08 percent, both Virginia and the Federal Motor Carrier Safety Act (FMCSA) consider a commercial truck driver under the influence if their BAC is .04 percent.

The FMCSA forbids truck drivers from drinking up to four hours before being on duty. The agency also requires trucking companies to make sure drivers do not disobey these rules. Drivers are also subject to random alcohol and drug tests and are not allowed to refuse testing.

If a victim is injured in a truck accident caused by a truck driver who was under the influence, they are entitled to pursue damages against not only the truck driver but also the trucking company that employed the driver. The victim is entitled to all of their medical expenses, including future medical bills for long-term treatment, as well as lost income while they recover from their injuries. If they are left permanently disabled and unable to work, the trucking company is also responsible for those losses. Any settlement or lawsuit award can also include compensation for pain and suffering, emotional anguish, scarring, disfigurement, and more.

Because the law considers drunk driving particularly egregious, a victim may also be awarded punitive damages for their injuries. Punitive damages are meant to punish the at-fault party or parties, as well as act as a warning to other companies and truck drivers not to engage in this dangerous and illegal behavior.

Truck accidents are more complex than other types of vehicle accidents and often have more than one at-fault party. Victims of truck accidents should consider retaining the services of an experienced Virginia truck accident attorney who will conduct a thorough investigation of the crash, including obtaining maintenance records and other critical information which will help determine the cause of the crash and which parties are responsible.

If you or a family member has been injured in a truck accident, or if you have lost a loved one in a crash, contact a seasoned Virginia truck accident attorney to discuss what legal recourse you may have. At Shapiro, Washburn & Sharp, our injury attorneys have represented numerous truck accident victims and have the legal expertise to handle these complex cases with positive results.