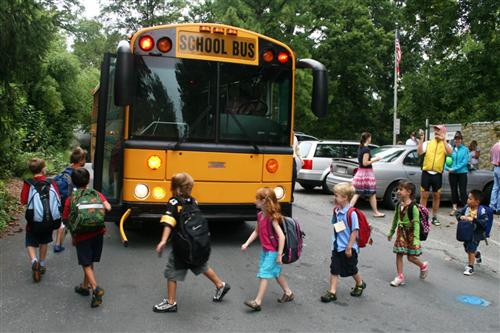 A collision between a public school bus and a car in Hampton, Virginia (VA), left the woman in the smaller vehicle dead and the bus driver injured. No children were aboard the bus when the fatal crash occurred.  According to police, the wreck happened while the bus driver was attempting to turn left from Settlers Landing Road and onto West Pembroke Avenue. The intersection is controlled by stop lights, but drivers are permitted to turn left through a green signal as long as they yield right of way to vehicles passing straight through the intersection. The car involved in this deadly wreck was going straight, but investigators had not assigned blame for the collision as of two days following the incident.

Left turns on green always pose risks because the turning driver must cross one or more lanes of oncoming traffic. Waiting until no one is approaching from the opposite direction is the safest option; otherwise, correctly estimating the spacing and speed of approaching vehicles is essential.

Investigators working to reconstruct this Hampton wreck must answer questions regarding whether both drivers had green lights, if the bus driver exercised proper caution or failed to yield, and whether the car’s driver was obeying the speed limit. Whether either or both drivers were distracted or behaving in some other negligent manner will also need to be determined.

While the investigation continues, both the family members of the deceased woman and the injured school bus driver might benefit from consulting with an experienced Virginia personal injury and wrongful death attorney. A legal advisor will be able to ensure all the people negatively affected by the accident stay informed of developments and have their rights protected.