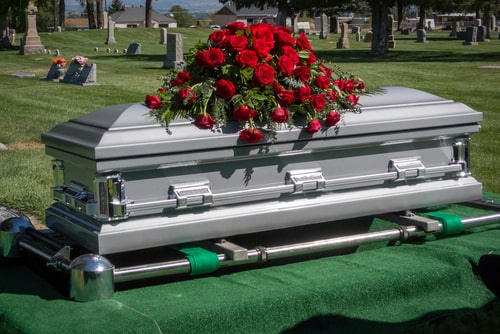 In his statement, Secretary Buttigieg stated,

“This is a crisis. More than 20,000 people died on U.S. roads in the first six months of 2021, leaving countless loved ones behind. We cannot and should not accept these fatalities as simply a part of everyday life in America.”

In Virginia, personal injuries and deaths have also increased significantly. There were more than 400 victims killed in traffic accidents in the first six months of this year.

According to the report, 20,160 victims were killed in traffic accidents during the first half of this year, compared to 17,020 in the first half of last year. This percentage rise of people killed in car crashes and other traffic accidents is the largest spike in deaths ever recorded in the 45 years that the government has been collecting traffic data. The report also projects there will be more than 11,000 more people killed in the second half of this year, which will be the second-highest number of victims since 1990. Thousands more victims will suffer personal injuries, both here in Virginia and across the nation.

Although the COVID-19 pandemic kept many people at home and off the roads, there were significant increases in the number of accident victims killed and the fatality rate per 100 million vehicle miles traveled (VMT) in 2020. The data shows that this trend has continued into 2021. The NHTSA has released details of multiple federal studies done that have found contributing factors to these alarming statistics and the tragic number of victims being killed on our nation’s roads.

Under Virginia law, when a victim is killed in an accident caused by the negligent actions of another party or parties, their survivors can file a wrongful death claim against that party. Our Virginia wrongful death attorneys understand that no amount of money will ever make up for the loss of a loved one, however, many families are left facing overwhelming financial burdens as a result of the unexpected and tragic death of the victim. The purpose of a wrongful death claim is to compensate the family for the losses they have suffered.

Families who have lost a loved one due to the negligent or reckless actions of another party should consider contacting a Virginia wrongful death attorney to discuss what legal recourse they may have for their pain and loss. Our legal team will work diligently to get your family the financial justice you deserve. Call our office today to schedule a free and confidential consultation.

Shapiro, Appleton, Washburn & Sharp also offers a free wrongful death guide for families who have lost a loved one in an accident. The guide covers topics such as the statute of limitations for filing a wrongful death claim, what types of damages can be pursued, and who can be appointed as a personal representative.