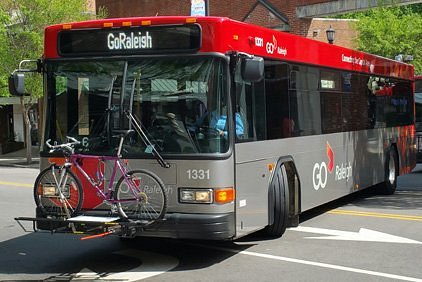 A tragic North Carolina bus accident has left one family dealing with the overwhelming loss of both their father and son after the car they were in was struck by a GoRaleigh bus. The crash occurred on Garner Road, at the intersection with Peterson Street at approximately 11:15 a.m. on Sunday morning.

According to information released by the Raleigh Police, the two victims were in a 2005 Acura driving north on Garner Road when they were hit by a GoRaleigh bus that was attempting to turn left from Peterson onto Garner. Both victims were transported to the hospital. The father, Juan Lebrón, died at the hospital a few hours later. His 9-year-old son, Juan Steven Lebrón, suffered critical personal injuries and died two days later.

According to police, there were five passengers on the bus at the time of the crash. One of the passengers did sustain non-life-threatening injuries and was hospitalized. The bus driver has been cited for failure to yield causing bodily injury, however, police are continuing their investigation.

If you are injured in a car accident with another vehicle, the normal process to collect damages is to file a personal injury claim with the other driver’s insurance company. The process itself is usually fairly straightforward, although it is always recommended all car accident victims should consult with a North Carolina personal injury attorney before speaking with any insurance adjuster or especially before agreeing to any settlement offer.

Bus companies fall under the category of “common carriers.” This means that these companies are entities that hold themselves out as transporting people (or goods) as a business model. Other examples of common carriers are commercial trucks, cab companies, and railroads. There are many federal and state rules that apply to common carrier vehicles that do not apply to passenger vehicles. For instance, a person driving a bus or tractor-trailer must have a commercial driver’s license (CDL).

This also means that the process for filing a claim for a bus accident can be much more complex. Unlike a car accident, where there is typically only one at-fault party who is liable for the victim’s losses, a bus accident often has more than one liable party. For example, while the bus driver may be at fault, the company he or she works for is also legally liable for victims’ damages.

This process can become even more complicated when the owner of the bus isn’t a private company (like charter bus companies) but is instead affiliated with the city or town the buses run in, like the GoRaleigh bus system. This type of action now involves the legal doctrine of “sovereign immunity” and any lawsuits or claims against a city or town would now fall under the rules of the North Carolina State Tort Claims Act. Filing any type of legal claim under this statute requires the legal knowledge and skill of an experienced North Carolina personal injury attorney. Failure to follow this law could result in your claim being dismissed, no matter how valid it actually is.

The legal team at Shapiro, Washburn & Sharp has been advocating for accident victims and their families for more than three decades, fighting to get them the financial justice they deserve. If you or a loved one has been injured, call our office today to schedule a free and confidential case evaluation.