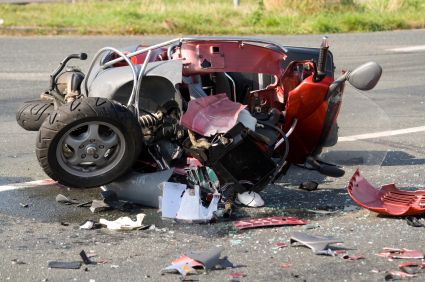 According to reports compiled by the Virginia Department of Motor Vehicles during 2018, three of the leading causes of crashes on state roads and highways are “failure to yield,” “improper turn” and “ran traffic control.” Each of these avoidable errors by drivers could result in a car or truck colliding with a motorcycle as the negligent driver attempts to complete a left turn.

When such crashes occur, the motorcycle riders almost always suffer serious injuries or die. The same set of data analyzed by the DMV identified 1,792 wrecks involving motorcycles, in which 88 riders lost their lives and another 1,495 riders sustained injuries that required medical attention.

A safety pamphlet distributed by the Maryland Vehicle Administration states, “The most common type of crash involving a car and a motorcycle is at an intersection when the automobile driver is making a left turn in front of a motorcycle.” The reasons given for this are that drivers neglect to check their blind spots, fail to wait until large vehicles clear the intersection and give them a clear view of approaching motorcycles, and do not use their turn signals.

Worth mentioning, too, is that drivers simply have trouble spotting motorcycles. First, drivers do not look for bikes of any kind (or pedestrians). Second, drivers who have actually scanned an intersection fix an image in their minds. That image of a clear intersection persists when the driver looks one way, checks the other direction and looks back. Even if the situation has changed by, for instance, a motorcyclist approaching, the driver will honestly claim they never saw the motorcycle they crashed into.

Riders can reduce their risks for getting hit and injured or killed by a driver making a left-hand turn by slowing down as they enter intersections. This increases reaction time and alters approach angles. Riders should also try to keep open spaces on either side of themselves so they can suddenly and safely change lanes to move out of the way of a turning vehicle.

But the fault for a left turn crash, both practically and legally, usually rests with the car or truck driver. Virginia state laws require turning drivers to yield right of way to vehicles and pedestrians going straight through intersections. Drivers can also be cited for not keeping a proper lookout, running a red light, ignoring a stop sign and becoming distracted behind the wheel. Mistakes by drivers make them liable for compensating crash victims.