No Sirens, No Warning: Emergency Vehicles that Do Not Use Sirens Put Drivers at Risk

You’ve probably been driving on the road and heard that loud, anxiety-inducing siren from a police car or ambulance. You pull over and watch as these vehicles blow by you with their sirens still blazing. 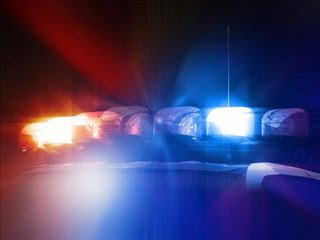 There is a mutual understanding in this situation – the police car or ambulance alerts you of their presence with their sirens and you pull over to give them room to maneuver so they can get to wherever they need to go. But what happens when these vehicles fail to alert you?

A recent example of the risks associated with an emergency vehicle failing to alert drivers of their presence occurred in Fairfax County, Virginia (VA). A police car decided to run a red light, but failed to use their sirens and wound up slamming into the passenger side of another car. The driver of that car, Ashley McIntosh, died as a result.

The parents of Mrs. McIntosh consulted with an attorney and filed a wrongful death lawsuit against the at-fault police officer. It turns out, under VA law, a police car must use both lights AND sirens while traveling to an emergency. Eventually, a settlement was reached for $1.5 million, according to Virginia Lawyers Weekly.

This settlement won’t bring back the McIntosh’s daughter, but it will help cover $29,000 worth of medical expenses and $14,000 worth of funeral costs.

Our law firm is working on a similar case where an ambulance driver, not on an emergency call, ran a red light, likely due to personal cell phone use, and this caused a brain injury to our client.

These terrible accidents highlight the importance of emergency vehicles acting responsibly and notifying other drivers of their presence on the road. We fully appreciate the fact that these vehicles need to speed and run red lights in order to get to an emergency, but that does not exempt them from following a basic rule of emergency vehicle conduct – use both sirens and lights while heading to your destination.