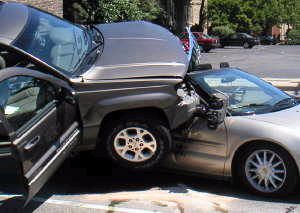 No one wants to think about it. Few people talk about it openly. But my Virginia Beach-based personal injury and wrongful death law firm colleagues and I can tell you from experience that a large number of car and truck passengers who get hurt in crashes know the at-fault driver.

The numbers conform our perceptions.

Research cited by the consumer activist group Safer America revealed that “58 percent of police-reported fatal car accidents involved only one vehicle.” Combining findings from multiple analyses of crash report led the Center for Internet and Society to conclude, “Some ninety percent of motor vehicle crashes are caused at least in part by human error.”

Recognizing those realities, you do not need to perform advanced calculus or hold a Ph.D. in statistics to see that many, if not most, passenger suffers injuries when their friend or family member wrecks the vehicle in which they are riding.

As attorneys who advise and represent injured passengers, we also know that most people will hesitate to take legal action against a friend or relative. This seems true in the context of filing an auto insurance claim or a civil lawsuit, at least. Family law and probate may be different; all we do is personal injury and wrongful death.

To help potential clients overcome their reluctance to pursue compensation for medical expenses, lost wages and pain and suffering, my colleagues and I stress the fact that the insurance company will pay any settlement or lawsuit award. The very reason drivers carry liability insurance is to protect themselves from financial ruin should they crash and harm someone — especially someone they love.

Passengers who suffer injuries in single-vehicle wrecks do need to understand that their claim or case will be handled the same way as it would if someone they had never met caused the collision that harmed them. A major key to securing a settlement or winning a lawsuit will be proving that the driver acted negligently.

Frequent forms of negligent behavior by drivers are

An injured passenger will also need to present evidence that their injuries were serious enough to require medical treatment and that the injuries resulted directly from the crash. Partnering with an experienced personal injury lawyer will make it easier to collect, organize and present that type of evidence, which often comes from experts retained by the lawyer.

The message here is that no one should let understandable concerns about getting a friend in trouble or souring a relationship with a relative prevent them from seeking the financial help they need to recover from crash injuries. As long as the at-fault driver does not strenuously contest their liability, the matter will be handled almost exclusively by the personal injury lawyer and the insurance company.