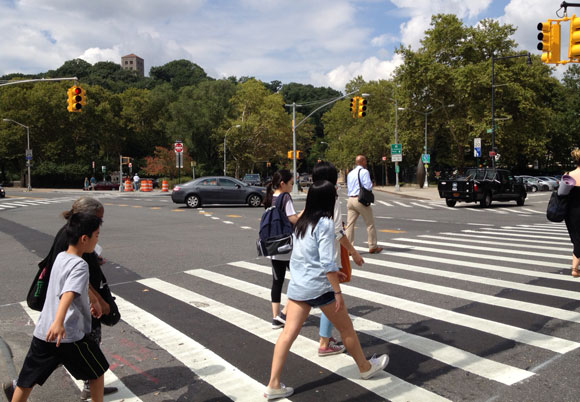 The most common cause of car accidents at intersections is vehicles making left turns. There are multiple reasons for this. A driver who is turning may not see a vehicle coming because their vision is somewhat obstructed or they misjudge the speed the vehicle is approaching and think they have enough time to make that turn. The result for the occupants in the approaching vehicle is often serious injuries. Even more at risk for serious or severe injuries are pedestrians who may be crossing at a crosswalk at an intersection when a driver makes an illegal or risky left turn.

At Shapiro, Washburn & Sharp, we have successfully represented many pedestrian accident victims who were injured because of a driver’s negligence when taking a left turn. If you have been suffered injuries, call our office to meet with a member of our legal team to find out what legal options you may have against that driver and get the financial compensation you may be entitled to.

According to statistics provided by the National Highway Traffic Safety Administration (NHTSA), pedestrians account for almost 20 percent of all vehicle accident deaths, with approximately 6,000 victims killed each year. Another 130,000 victims are seriously injured.

There are several factors that lead to left turn pedestrian accidents. Knowing what these factors are may help minimize the risk of being hit when getting ready to walk in an intersection crosswalk:

If you have been injured in a pedestrian accident caused by a driver taking a left turn, not only to you have to deal with the physical and emotional effects of the accident, but you are likely dealing with the financial consequences, as well. Pedestrian accident victims often suffer serious to severe injuries and can mean high medical bills to treat these injuries. This also means the victim is unable to work while they recover, leading to a loss of income and benefits during this time.

When an accident is caused by another party who behaved recklessly or negligently, North Carolina allows victims to take legal action in order to be financially compensated for all of these financial expenses. Victims can also pursue damages for losses that are not economic, such as pain and suffering, scarring emotional anguish, and more.

If you would like to discuss your situation, contact our office to speak with a seasoned North Carolina accident attorney. Shapiro, Washburn & Sharp has been advocating for accident victims for more than three decades and will work diligently to get you the compensation you deserve.