Proving Employer Liability When an Employee Causes a Crash 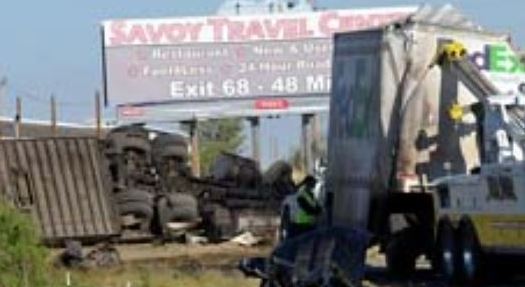 In June 2011, a 22-year-old mother was parked on the side of Interstate 10 near Las Cruces, New Mexico. Her GMC pickup truck had broken down and the young mother was waiting for help. In the vehicle with her were her 4-year-old daughter and 19-month-old son. The mother had set flares outside the truck as a safety precaution. As they were waiting, a FedEx tractor-trailer crashed into the rear of the pickup.

The crash killed the mother and her daughter. Her son miraculously survived the crash. Also killed was the FedEx driver. In 2012, the woman’s husband and family filed a lawsuit against Fed Ex. In 2015, a jury awarded the family $165.5 million an award that the trial judge upheld.

FedEx appealed the verdict, however, the New Mexico Court of Appeals recently upheld the verdict. However, with interest, the award is now up to approximately $180 million.

An employer may also be held liable even if the crash was caused by the actions or behavior of the driver. An example of this would be an employee who has a history of alcohol issues, the employer was aware but gave them the keys to the vehicle anyway, and then the employer crashes the vehicle because they were driving drunk.

A Virginia truck accident attorney can determine the party who is at fault in a crash by examining all the evidence.

In cases where an accident attorney does determine employer liability, the employee/driver of the vehicle is also named as a defendant in a personal injury or wrongful death lawsuit.

If you have been injured in a crash or lost a family member in a car or truck accident caused by another driver, contact the legal team from Shapiro & Appleton. We have successfully advocated for numerous victims and their families in obtaining the financial compensation they deserve for the losses they suffer.