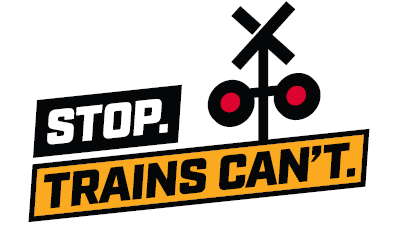 Trains can come at any time, in any direction and safety advocates say technological improvements have made trains quieter, giving people less of a warning that a train is approaching.  The National Highway Traffic Safety Administration and Federal Railroad Administration have launched a new railroad crossing safety ad campaign.  Last year alone, 232 people died in railroad crossing accidents, and approximately every three hours, a person or vehicle is hit by a train in the United States.

As VA railroad accident injury attorneys we know that often times it is not that simple.  There are many instances where the flashing lights and railroad gates malfunctioned giving drivers no warning.  In other cases at passive crossings, where there is only painting on the pavement and a fixed sign to warn drivers of the crossing, there can be over growth of plants that block a driver’s view of the railroad tracks.  In a study of collisions at train crossings sight obstruction was found to be a condition at the scene of 689 crashes that resulted in 87 deaths and 242 injuries.

A freight train travelling at 55 mph takes a mile, the length of 18 football fields or more, to come to a stop even with the emergency brake applied.  On top of the death of the driver or pedestrian who unknowingly crossed the tracks at the wrong time, the accident also often traumatizes train engineers, who in most cases have done nothing to contribute to the fatal accident.