What Happens If You Are Injured in a Rental Truck Accident? 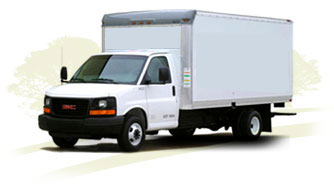 Driving alongside a large truck can be intimidating, but what can be even more frightening is when the person driving that truck doesn’t know how to operate it. That is often the case when people rent large trucks to move. Check out any well-known truck rental company and anyone can rent as long as they have a valid driver’s license. A person can rent up to a 26-foot long truck and they do not even need a commercial driver’s license (CDL). Most people lack experienced driving a 26-foot long truck – or even smaller size ones – yet the rental company doesn’t hesitate to turn over the keys of a truck to them as long as they have a driver’s license and credit card.

Not only do these drivers often put those commuters around then at a greater risk of an accident, if that does happen, the rental company is not liable for any damages caused by that truck. This is due to the Graves Amendment, a federal law that was passed in 2005.

The law was enacted in response to a wrongful death case in Connecticut. A nationally known car rental company was sued because a vehicle they owned had been involved in a fatal pedestrian accident. The driver of the rental vehicle hit a young woman as she was crossing the street. It turned out the driver did not have a valid driver’s license when he rented the car. He was also under the influence of drugs and alcohol when the fatal crash happened. A jury awarded a substantial amount of money to the victim’s family in a wrongful death lawsuit. The company, however, instead of paying those funds, closed its business up in several states.

The Graves Amendment was passed as a way of protecting business owners. It says that companies are immune from negligence lawsuits which are brought forward because of actions of customers. Although the law was meant to be loophole free, there is one that a skillful accident attorney can “fit” their case through.

In order to be protected by the law, the company must not be negligent in any area of the rental process. Back in 2005, when the Connecticut rental company rented to the negligent driver, there was no way of verifying a person’s driving record. That is not the case today. In fact, it is up to a rental company to not only verify a customer’s driver’s license, they also need to confirm the person they are renting to has a good driving record and that there is no history of car accidents, drunk driving arrests, traffic violations, or any other negative factors.

If you have been injured in a truck accident – or any other kind of vehicle accident – you need an experienced Virginia personal injury attorney to ensure that you receive the compensation you deserve for your pain and loss.