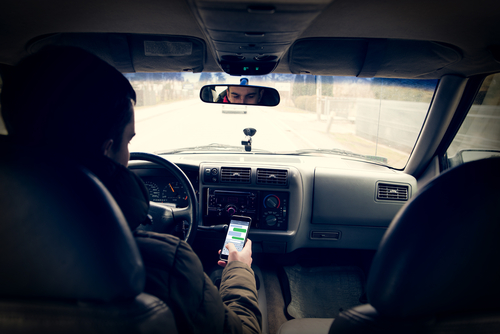 January 1, 2021, not only brought the beginning of a new year, but it also brought with it some new Virginia laws which could reduce Virginia personal injuries and deaths. One of those laws is aimed at cracking down on drivers who still haven’t gotten the message about how dangerous it is to use a cell phone while driving. Virginia’s hands-free driving law that bans drivers from holding cell phones while driving is now in effect. The goal is to finally control distracted driving in Virginia.

This means no calling, texting, checking social media, setting GPS apps, or any other activity that puts your phone in your hand. There are a few exceptions to the law, including drivers who have lawfully stopped or parked their vehicle or for drivers who are reporting an emergency. But everyone else needs to put those phones down because Virginia State Police and other law enforcement agencies around the state warn that they intend on aggressively enforcing the new law and a secondary benefit will be reducing catastrophic injuries caused by distractive driving.

In order to avoid any problems, police recommend taking care of whatever you need to on your device – mapping out GPS, setting up playlists, etc. – before hitting the road. Drivers who are caught face stiff penalties:

And not all states have laws on their books that adequately address the seriousness of distracted driving. In 2019, the Advocates for Highway and Auto Safety found Virginia to be one of 11 states considered “dangerously behind” in driving safety laws, having only passed six out of the 16 laws that the organization recommends. The new law helps address that inadequacy.

Hands-free driving laws have shown to be effective in discouraging people from using their cell phones when driving. For example, one study found that in states without hand-held phone bans, more than 30 percent of participants admitted to using their phones while driving, compared to just under 15 percent of participants who live in states with a ban.

Many Virginia drivers also fail to understand the dangers of distracted driving, creating even more of a need for stricter laws. In a 2018 Insurance Institute for Highway Safety survey, almost 60 percent more Virginia drivers admitted to using cell phones while driving than in the same survey four years earlier.

Data from the Virginia Department of Motor Vehicles show that about 180 people are injured in car accidents every day in Virginia. While there are a variety of causes for vehicle accidents, the majority of them are preventable. According to studies conducted by the Virginia Tech Transportation Institute, 80 percent of crashes are caused by distracted driving.

Victims who are injured in accidents caused by a distracted driver may be entitled to financial compensation for the damages and losses they suffer as a result of their injuries. In order to be successful at proving the other driver was at fault and collecting those damages, it is important for victims to contact a Virginia personal injury firm for legal assistance.

An experienced and skilled Virginia car accident attorney will know how to investigate the crash, interview witnesses, and obtain any surveillance video from nearby buildings in order to help prove the victim’s case. A seasoned attorney also knows the necessary legal steps to take in order to obtain the at-fault driver’s cell phone records in order to show the driver was texting, talking on the phone, etc., at the time of the crash.

If you have been injured in a crash caused by a driver who was texting and driving or engaged in some other distracted driving behavior, contact a Virginia car accident attorney to find out what legal recourse you may have. The legal team from Shapiro, Appleton & Washburn has been advocating for injured clients since 1985 and will do all we can to ensure you receive the best possible outcome under the circumstances of your case.

Our attorneys have extensive experience in successfully representing victims injured by distracted drivers, including a $73,500 settlement for one client who suffered facial, head, and back injuries that led to chronic pain and persistent headaches when his car was hit by a distracted driver. Call our office today to schedule a free and confidential case evaluation and find out how we can help.