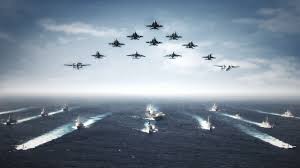 Growing up in Norfolk/Virginia Beach, Virginia (VA), I know what a huge presence the military has in our area. Norfolk is home to the largest naval base in the world. Virginia Beach with its Oceana facility is home to tons military aircraft. In our area cities including Hampton, Newport News, Suffolk, Chesapeake, James City County, Poquoson, and Portsmouth, Virginia (VA), there are many military facilities for all branches of the Armed Forces including Navy, Marines, Army, and Air Force. The backbone of the economy of Hampton Roads, Virginia (VA), is based on military related industry and the U.S. Government is one of our largest employers.

{Click here to read a testemonial from one of our Norfolk, Virginia car accident injury clients}

Working in the field of injury and accident litigation for nearly 20 years, I have had the honor of helping many sailors and soldiers deal with the fall out from an automobile wreck as well as other problems like medical malpractice, slip and fall events, and wrongful death claims. My staff and I have a lot of experiencing in working for Navy families, so we know more about how to deal with the medical and legal issues involved in injuries to military personnel, and dependents, than an attorney from an area without the concentration of military families. In fact, my secretary, our receptionist, and one of paralegals are Navy wives.

My law firm and our staff know exactly where to go to get the necessary information to pursue an auto insurance claim for a Navy man or woman arising from a car wreck injury. Getting the records is actually more complicated you might think. If you try to get the records of a personal injury client directly from the military, you won’t be able to do it. It will take forever and they will likely just direct you back to the military personnel themselves. So in these cases you are best off to get the medical records directly from the client who typically keeps his own jacket of military medical records. Then, what you have to do is to take the relevant records and send them back to the government, for the Navy typically Naval Legal Services, and ask them to put a dollar figure on the value of the treatment. What Naval Legal Services will do is to confirm what the appropriate “statement of value” is for the military care that you’re claiming in the automobile accident case. Naval Legal Services will typically send you the Statement of Value for you to use as a kind of dummy bill to present to the insurance company for the at fault driver.

Because insurance companies typically deal with medical bills in the civilian sector, they need to have such a number in order to evaluate the car wreck injury case of a Navy person. An unfortunate fact is that the military undervalues the cost of its military treatment compared to what the same treatment would cost in the private sector. Often getting the statement of value can take longer than I would like. However, we have become pretty experienced at knowing how to expedite the process to get the quickest and maximum recovery possible for the client in this situation of an injured sailor.

Knowing how to work with the U.S. Government and Naval Legal Services, or other similar agency in the context of a personal injury case is one of the areas of injury practice we have lots of experience in. Shapiro & Appleton& Duffan is familiar with how everything is suppose to work to allow us to get the best possible results for our automobile accident clients who happen to be in the Armed Forces.