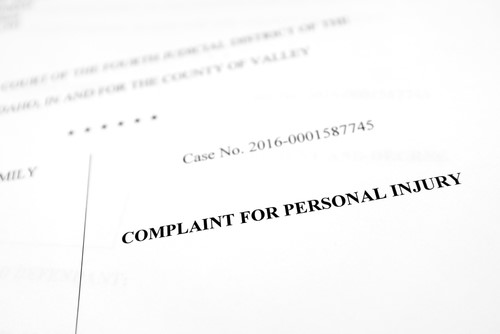 Most of the time when the general public hears about a personal injury lawsuit, it’s boiled down into a simple A v. B scenario. B did something careless that allegedly caused an injury to A and now A is suing B. However, it is not always that simple. Often, North Carolina personal injury cases are more complex than one person causing another’s injury.

Imagine a scenario with three drivers: A, B, and C. A is driving down the street, when B carelessly cuts her off, forcing her to swerve into the next lane to avoid an accident. As it happens C is texting and does not see A swerve. If C had been paying attention, he could have avoided A, but since he was not paying attention, he rear-ends her. This multi-defendant scenario produces a couple of unique issues.

The first issue is related to the legal concept of causation. Ordinarily, for a victim to recover in a personal injury lawsuit, their injuries must have been caused by the defendant’s carelessness. Here, the carelessness of both B and C was required in order to actually cause A’s injuries. This is often referred to as but-for causation, since but for the acts of B and C, A would not have been harmed. However, the law does not allow B or C to point the finger at the other since their individual carelessness alone would not have been sufficient to cause the accident. Instead, A may recover from both of them.

A similar situation arises in cases where two defendants cause an injury that either one’s acts would have caused alone. A good example demonstrating this follows:

Two careless campers light campfires in separate parts of a forest. Both campers allow their fires to grow out of control. The fires each grow into forest fires, merging into one indistinguishable fire that burns down a cabin in the woods, injuring those inside. In this case, neither camper is a but-for cause, since even without their actions, the other camper’s fire would have burned down the cabin. However, the law does not let the campers off on a technicality. It holds them both responsible since their actions were both a “substantial factor” in causing the injuries.

The other issue related to defendants is a smaller one. When there are multiple defendants, victims often wonder who they can recover from. Although the answer will change depending on the specifics of each case and the fault level of each defendant, the general rule is that in instances where the plaintiff’s injuries cannot be attributed to any one defendant, all defendants are liable for the whole amount of the plaintiff’s damages, though they may be able to bring separate lawsuits against each other to apportion payments after the fact.

At Shapiro, Washburn & Sharp, we know that the process of settling a personal injury claim is rarely a simple one, especially when you are dealing with cases with more than one potentially liable party. Instead of fighting with one insurance company trying to deny your claim, you are dealing with two.

If you have been injured in an accident, call our office to schedule a free case evaluation with one of our North Carolina personal injury attorneys. We have been successfully fighting for injured clients for more than three decades, including a $225,000 settlement for one client who suffered extensive and long-term injuries after her car was struck twice by a negligent tractor-trailer driver. Our firm is dedicated to getting you the financial compensation you deserve.