How to Find the Best Newport News Personal Injury Attorneys 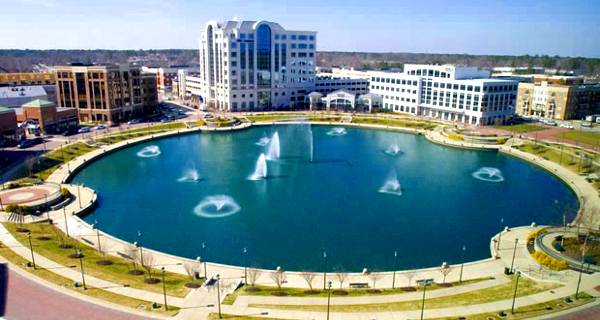 As Newport News, Virginia personal injury attorneys, we spend a lot of time in all the areas of Hampton Roads. One of the cities we travel to often is the city of Newport News. Below is a brief overview of this energetic, industrious city.

Newport News has played an important part in the maritime history of the United States. A leader in shipbuilding since 1886, the booming shipyard is still producing nuclear submarines and aircraft carriers.

We are quite familiar with the railroads in and around Newport News since our firm has handled dozens of major railroad worker injury and disease cases over the years. In fact, our firm was founded in 1985 by a former railroad worker who got hurt on the job and decided to practice law as his second career. Our firm has represented conductors, engineers, yardmen, and so forth in F.E.L.A. claims. Our team of Newport News personal injury attorneys have also handled numerous mesothelioma and asbestos-cancer cases that involved railroad workers.

There are over 1729 bike trails in Newport News many of them at the Newport News City Park.  Bike riders are often seen as well enjoying the scenic City Center at Oyster Point.  Where there is an open-air gathering place, a shopping district and a central business district serving the Virginia Peninsula. Landscaped in a southern living style and grand vistas to the breath-taking five acre fountain, it is the perfect spot for a gathering.  It’s great having so many trails and areas for outdoor activities. Nevertheless, when people are on their bicycles, there’s a risk they may be involved in a serious collision with an automobile. Our Newport News personal injury law firm has handled many bicycle-car accidents.

One way to enter Newport News is via the Monitor–Merrimac Memorial Bridge–Tunnel (MMMBT). This unique bridge-tunnel hybrid is so extensive, so massive, that it’s one of the planet’s few structures that can be seen from space. When driving across it you can see an enormous expanse of water, left, right, and ahead of you, with the landfall of the Peninsula dead ahead. On the ten o’clock branch, you see the Newport News Marine Terminal and Shipyards, on the two o’clock branch, you see the Norfolk Naval Base. Typically, you will see a couple Nimitz-class aircraft carriers moored in the distance, and many other ships. Another nice feature, is that the MMMBT is toll-free. The name comes from the fact that the duel between the two Civil War ironclads was fought less than a mile from the where the tunnel is today.” The MMMBT is an amazing accomplishment in engineering, but it’s also a prime location for serious auto accidents. On a daily basis, you hear on the radio or read in the Virginian-Pilot about a major auto accident that occurred in the bridge-tunnel. When this happens, consider contacting a Newport News car accident lawyer to determine your legal options. If you or a loved one need information about our legal services, check out these informational articles and reports: