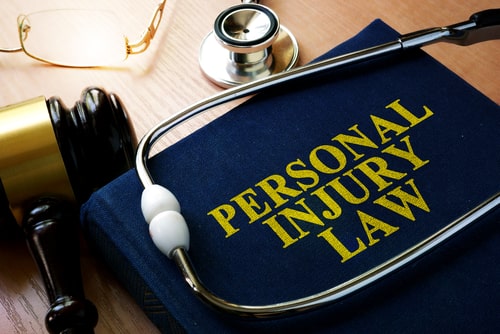 When it comes to proving liability in a personal injury lawsuit, the strongest evidence a Virginia personal injury attorney can have is direct evidence. For example, video from a red-light camera that shows the at-fault driver running a red-light moments before smashing into the victim’s vehicle could be considered direct evidence. Unfortunately, there are plenty of accidents where there is a lack of direct evidence as to why the accident occurred. In these cases, an attorney can use proximate cause and circumstantial evidence in order to prove the alleged at-fault’s party liability as long as they can present a strong argument to the court.

What Is Proximate Cause?

Proximate cause is the factor or factors that led to the accident that resulted in the victim’s injury (or death), even if it wasn’t the direct cause of the accident. For example, proximate cause could be an act of negligence or recklessness that triggers events that leads to the injury. The court will determine whether or not the factor the attorney presents is the proximate cause of the victim’s injury if that injury could have been avoided if not for that factor.

An example of a proximate cause factor would be the following:

The victim was injured in a car accident that was directly caused by the other vehicle, but the other vehicle had a defective part that caused the driver to lose control of the vehicle and crash into the victim’s car, resulting in the victim’s injuries. In this example, the proximate cause of the accident is the defective party and the liable party for the losses the victim’s injuries have caused is the manufacturer that made that part.

What Is Circumstantial Evidence?

For example, let’s say the alleged at-fault driver was driving aggressively and tailgating the victim’s vehicle which ended up causing a rear-end crash. There were no witnesses who saw the crash when it occurred, but a vehicle a few minutes after the crash occurs, another driver stops and tells the officer on the scene that moments prior to the crash, they saw the alleged at-fault driver driving erratically and tailgating other vehicles. The victim’s attorney could use this witness’s testimony as circumstantial evidence confirming the victim’s testimony about the tailgating and aggressiveness of the driver that hit them.

If you or a loved one has suffered an injury in an accident caused by another party, contact a Virginia personal injury attorney to find out what type of legal recourse you may have. Depending on the circumstances of your case, you may be entitled to medical expenses, loss of income, pain and suffering, and more.

The Virginia personal injury lawyers at Shapiro, Appleton, Washburn & Sharp have successfully advocated for injured victims in obtaining the financial compensation they deserved for their injuries, including a record-setting mild brain injury verdict for $60 million, which was settled while on appeal. Call us today for a free case evaluation.