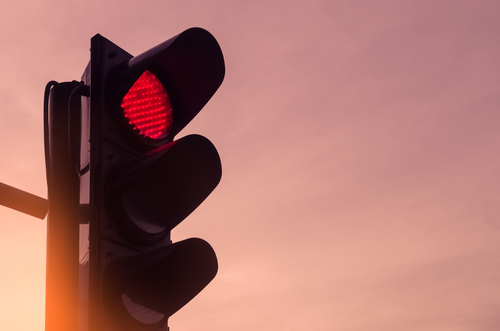 Car accidents generally occur due to reckless driving on the part of other motorists. Failure to follow traffic rules and regulations puts everyone at risk and one of the most dangerous driving behaviors is running red lights. In fact, according to statistics from the Insurance Institute for Highway Safety, red-light running is responsible for almost 900 deaths a year and more than 135,000 injuries.

In Virginia, just like in all states in the U.S., the law requires drivers to come to a complete stop when they come upon a steady red light. The driver is to remain stopped until the red light turns to a steady green light. As long as there’s no sign specifically restricting it, Virginia law does permit drivers to make a right turn after stopping at a red light. However, drivers need to use caution and follow the normal right-of-way rules when making the turn.

How many times have you approached an intersection when the light was yellow and stepped on the gas to catch it before it changed to red? According to multiple surveys, roughly half of all drivers admit to doing this and one in four does so on a regular basis. Running a yellow light or going through as it turns red is often just as dangerous and likely to result in a car accident. Other  important facts about red-light running include:

The Federal Highway Administration (FHWA) warns that red-light running is a common problem in larger metropolitan areas. Often resulting in dangerous T-bone and side-impact collisions, it is a leading cause of traffic deaths and disabling injuries. To help reduce your risk of being involved in this type of crash, follow these tips:

No matter how many safety devices and guidelines are put in place, vehicle accidents will still happen, and most often caused by the negligence or reckless behavior of another driver. If you or a family member have sustained injuries in a crash caused by another party, call a Virginia car accident attorney to discuss what legal recourse you may have for your pain and loss. Under Virginia law, victims who are injured due to the actions of another person are entitled to financial compensation for medical expenses, loss of income, pain, emotional distress, and other losses they may have suffered due to those injuries. Contact Shapiro, Washburn & Sharp to schedule a free and confidential consultation.