The Application of the Emergency Medical Doctrine in Virginia Car Accidents 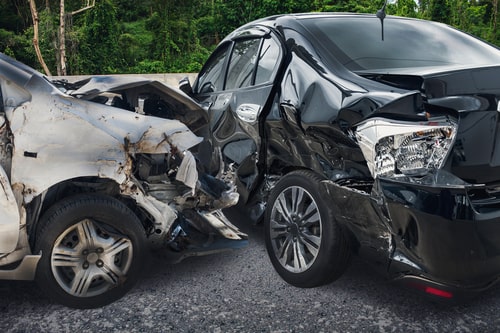 While driving in Virginia, an operator of a motor vehicle must always be aware of his surroundings and drive with the requisite level of care for passengers within his vehicle, as well as pedestrians and other vehicles sharing the roadways. There are, however, moments where an emergency may happen either to the driver or a passenger, which makes it impossible to control the car and ultimately, the consequences. Should one of these moments result in a crash and personal injuries, can the at-fault driver use Virginia’s emergency medical doctrine as a defense?

Last year, a study was published in Science Daily that discussed the correlation between traffic exposure and heart attacks. It was hypothesized that the combination of stress, air pollution, and car exhaust associated with being stopped in traffic led to heart attacks at a rate of 3.2 times more than when the sufferer was not being exposed to traffic. The study further discussed that traffic exposure was a more severe trigger in females, older men, people who were unemployed, and those who had suffered previously from angina. With the increased risk of having a heart attack behind the wheel, it is important that there are measures in place to protect those who are caught in the middle of an emergency situation while driving.

Under Virginia’s injury law, in order to hold a driver liable for a crash and responsible for damages in a personal injury lawsuit, the victim must prove that the other driver was negligent or reckless in some way, proving the driver breached the duty they owed to other commuters on the road. However, one possible defense to that liability could be the emergency doctrine defense. If the driver suffered a sudden medical emergency that was beyond their control, the law does not consider that a breach of duty.

Some of the common types of sudden medical emergencies that occur, resulting in car accidents include:

However, the emergency medical doctrine defense may not apply if the at-fault driver had been warned they should not be driving by their physician or they failed to heed medical advice and treatment.

If you were injured in a car accident, it is critical not to delay contacting a Virginia car accident attorney, especially if the other driver is claiming the emergency medical doctrine defense. Virginia injury laws have strict rules regarding how long you have to file your personal injury claim. If the statute of limitations expires, you will be unable to collect financial damages for any medical expenses, loss of income, pain and suffering, or any other losses you may be entitled to.

A Virginia car accident attorney from Shapiro, Washburn & Sharp can evaluate your case and determine whether or not you can collect damages from the other driver’s insurance company. Call today for a free consultation and find out how we can help.