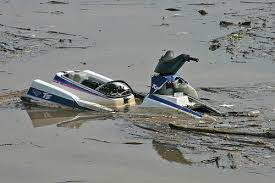 The Federal Aviation Association (FAA) was created in order to protect air travelers from airplane crashes and airplane crash injuries – to keep those in flight safe until they reach their destination. But even in the government agency’s short history, the FAA has faced a number of controversies that have many questioning whether or not they are doing enough to prevent aircraft accidents.

Just last month, witness testimonies before Congress revealed that the FAA may be ignoring insider whistle-blowing – whether or not those blowing the whistle have valid concerns about aircraft safety or airline regulations. Others believe that the FAA has been influenced too much by lobbyists who have been hired by commercial airlines to promote company goals and success instead of passenger safety.

In 1996, the crash of a ValuJet carrying 110 passengers raised public awareness of some of the flaws of the FAA. Many said that the federal agency was not forward with the public regarding the cause of the plane crash, while others blamed federal regulations that allowed for outside contractors to perform maintenance on commercial aircraft. Another problem was that in 1996, the FAA had a dual purpose – to investigate airplane accidents and to promote flying to the American public. Luckily, today this conflict of interests no longer exists.

Over the years, Congress has passed a wide array of FAA reform legislation – much of which has helped the often-criticized agency improve its operations – but much more work needs to be done.