What Causes a Vehicle to Catch Fire? 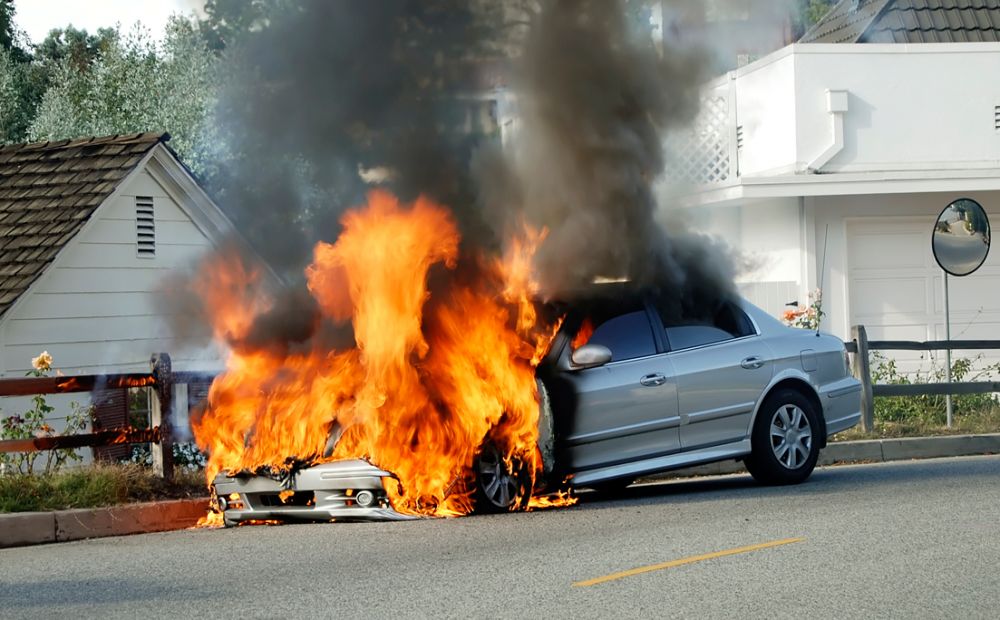 It is a common image in action movies and on television shows: a car accident occurs and as the occupants are moving away from the scene, an explosion suddenly erupts, and the car is set ablaze. In real life, car fires in the wake of a collision can be extremely deadly.

According to national data, from 2014 to 2016, an estimated 171,500 highway vehicle fires occurred in the United States. Approximately one in eight fires responded to by fire departments across the nation is a highway vehicle fire. Other statistics from that time period include:

Even if a car accident victim survives the initial crash, some may become trapped in their burning vehicle while others are knocked unconscious and unable to escape the blaze. While car fires are not particularly common, they can be extremely dangerous, and it is important for drivers to be aware of how and why they often occur:

Steps to Take if Your Vehicle Catches Fire

If you are in a vehicle that catches fire because of an accident or other reason, it is critical to know what to do. The first thing you should do is get yourself and all other people out of the vehicle and move away to a safe distance. Watch out for other vehicles that may be driving in the road as you are moving away from your vehicle. Do not attempt to go back to the vehicle to retrieve any personal items. Call 911 and report the fire. If you suspect a fire, but are unsure, do not open the hood or trunk because the air could result in feeding the fire and making it even more dangerous.

If you or a loved one has suffered burn injuries from a car accident caused by someone else’s negligence or recklessness, contact a Virginia car accident attorney to discuss what legal options you may have against the at-fault party. Our legal team will work diligently, using all available resources, to get you the financial compensation you deserve for your injuries. We have successfully represented many burn victims and their families who have suffered horrific losses.

Call Shapiro, Appleton, Washburn & Sharp today to schedule a free and confidential case evaluation to find out what legal recourse you may have for the losses you have suffered.