What Steps Should a Virginia Pedestrian Accident Victim Take? 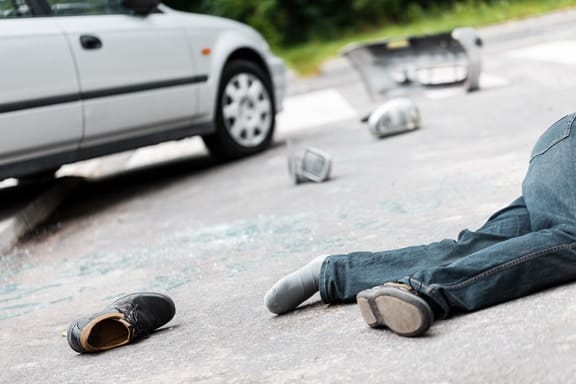 Most of us don’t really give it much thought as we are crossing a busy street. We look both ways, but also assume that the drivers of vehicles on the street are obeying all the traffic laws and paying attention to what is around them. Unfortunately, far too often, drivers are not paying attention, or they are ignoring traffic laws, or they are operating under the influence. Whatever negligent behavior they are engaged in puts pedestrians at high risk of being injured or killed in a pedestrian accident.

Every year, more than 6,500 victims are killed in pedestrian accidents in this country and the numbers continue to increase each year. Another 100,000 are seriously injured and end up in the hospital for treatment of their injuries. However, just like car accident victims, pedestrian accident victims can pursue damages against the driver who hit them for financial compensation for any losses their injuries cause them to sustain.

When a driver is in a car accident, there are steps they can often take, including calling law enforcement to report the crash, exchanging information with the other driver, and taking photos of the accident scene, as long as they have not been injured so badly to prevent them from taking these steps.

The attorney will contact law enforcement in order to obtain the police report of the accident, including any information about whether there were traffic citations or charges filed against the driver who hit the victim. The attorney will also help the victim gather and preserve evidence of the crash that will help prove the driver’s liability and build a strong case for damages.

In the majority of pedestrian accident cases, it is the driver of the vehicle who is liable for the victim’s injuries and subsequent losses. These losses can include medical bills, loss of income if they are unable to work while they recover, pain and suffering, emotional anguish, scarring, disfigurement, and permanent disability. If the driver was working as an employee of a company at the time of the accident, such as a delivery driver, then the company would also be liable for the victim’s losses.

In some cases, a municipality may be liable for a pedestrian accident. One example would be if there was a broken traffic control device that contributed to the driver hitting the pedestrian. In this type of situation, the victim’s attorney may also name the city or other responsible entity in a pedestrian accident lawsuit.

If you have been injured in a pedestrian accident caused by a negligent driver, contact a Virginia pedestrian accident attorney to find out what your legal options may be. At Shapiro, Washburn & Sharp, we will work diligently to get you the best possible outcome based on the circumstances of your case and fight to get you the financial compensation you deserve. Call our office today for a free case evaluation.