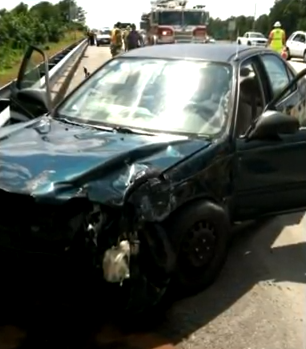 If a seat belt is used in the correct fashion, it has been proven to reduce the risk of fatal injury in a crash by up to 44%.  If you’re driving in an SUV, pickup truck, or mini-van, that lifesaving potential increases to over 60%.  In 2005, approximately 15632 lives were saved by seat belts across the country.

Every driver and occupant of a vehicle being operated on public streets and highways in South Carolina must be wearing a safety belt.  Unlike other states, this law applies to passengers in the front and back seats of the vehicle.

Drivers are not, however, responsible for occupants who are over 17.  Those occupants will receive tickets in their own name, not the driver’s.

Since December 9, 2005, South Carolina has been a “primary enforcement” state.  This means that a police officer who witnesses a driver or passenger on the road without his seat belt on may pull the vehicle over for that reason alone.  In “secondary enforcement” states, like Virginia, the officer must witness some moving violation before pulling the car over.

This increase in seat belt usage ought to prevent 64 deaths and 650 serious injuries annually.  In addition, it should save the state (and its’ taxpayers) about $140 million in emergency vehicle and other crash-related costs each year.

There are several exceptions under South Carolina law:

·          Drivers or occupants who have a written note form their physician stating that he is not able to wear a seat belt for physical or medical reasons;

·          Medical or rescue personnel attending to the injured or sick individual in emergency vehicles;

·          Driver or occupant in a vehicle not originally equipped with a safety belt.

A seat belt violation is not reported on your permanent driving record at the South Carolina Department of Motor Vehicles, nor is it reported to your car insurance carrier.