When Your Medical Treatment Causes Cancer 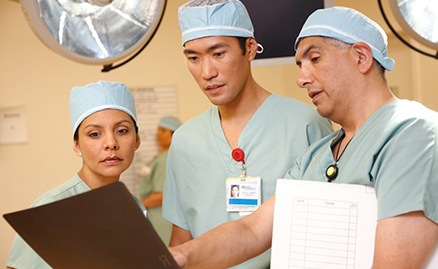 America has one of the most rigorous drug approval processes in the world. The FDA requires an exhaustive battery of tests on each newly discovered drug to ensure the drug’s safety and efficacy. In fact, some statistics suggest that the average price of participating in the FDA approval process is over $150 million, and despite that, a study in the Journal of Health Economics suggests that only eight percent of medications ever receive FDA approval.

Despite this rigorous process, not every FDA approved drug is actually safe for use. Some drugs’ side effects do not appear until after clinical trials have already ended. Other times, the drug companies running the trials are aware of the potential risk to patients, but they hide the risk for fear of losing their large investment in the new drug. One common problem with defective drugs that often does not arise until after the drug has been on the market for some time is an increased risk for cancer. Fortunately, there are legal options available to people who developed cancer after taking a defective drug.

The FDA approval process is broken down into four separate phases of clinical testing to ensure that the drug is both safe and effective. In the first phase, a small group of healthy subjects is given the drug to determine its potential side effects. Then, if the side effects are sufficiently minor, another group of subjects is given the drug. The difference is that these test subjects have the disease the drug is intended to treat so that preliminary data on the drug’s effectiveness can be developed. If the drug appears to be effective, a third group of subjects with the disease is tested. This is the most expensive part of the testing because the third group is much larger, often made up of thousands of diverse people to give the drug a thorough analysis. If the drug passes all three stages, then it is likely to be approved for sale, but phase four monitoring of the drug’s safety will continue even after the drug is on the market.

The most important thing for consumers who have developed cancer after taking a defective drug to understand is that just because a drug goes through such a rigorous approval process does not mean that it is forever considered legally safe. Phase four monitoring reveals problems with drugs on a regular basis, and drug companies have been known to manipulate the data in order to hide dangerous side effects. If a drug company negligently distributes a defective drug and patients are injured by it, those patients may have a right to recovery.

If you have developed cancer after taking a dangerous medication, and you want to know more about your rights, contact a skilled Virginia defective drugs attorney to discuss what legal options you may have against the drug company and any other parties that may be responsible. We have successfully advocated for many clients who have been injured because of a dangerous or defective product and will use all available resources to get you the outcome you deserve.