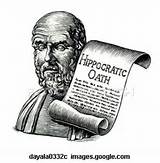 It is a widely held misconception that the familiar phrase “First, do no harm” comes from the Hippocratic Oath, an oath many physicians take when they enter medical practice.  Today there is no single oath that all physicians take upon entering practice.  Just like most people believe the above to be true many also believe the falsehood that medical malpractice claims raise health care costs and put good doctors out of business.  This is why tort reform is unfair and misguided.

A new study shows that medical malpractice cases filed in Northeast Pennsylvania last year fell 33 percent  from the average in the early 2000s.  The declining number of filings serves as a distraction to the real issue: reducing preventable medical errors, which lead to as many as 440,000 deaths a year, according to a 2013 study.

As Virginia (VA) medical malpractice lawyers we have seen how the medical malpractice cap in Virginia (VA) gives special treatment to healthcare providers like doctors and hospitals when they are sued for medical malpractice. The healthcare industry and insurance companies have very strong lobbyists in Richmond, Virginia (VA), the state capitol. They had a law passed that says that no matter what harm is caused to a patient by a medical error, the patient or her family can only receive two million dollars maximum. If a lawsuit for medical negligence goes to a jury and results in an award greater than two million dollars, then the judge will reduce what the jury thought was a reasonable verdict down to the cap level of two million dollars. This law gives doctors and their insurers an advantage over consumers and patients that no other industry enjoys in Virginia.

There are many rules and limitations that affect VA medical malpractice claims.  If you are injured by a negligent doctor you should not hesitate in calling an experienced medical malpractice attorney and doing as much research as you can.  Most doctors don’t walk into surgery with the intent to harm a patient.  But, new reports show that many doctors are addicted to pain medicine which affects their performance.  Other doctors simply fail to diagnose and treat an injury that occurred during surgery.  Whatever the situation you need to act as soon as you realize that damage during a medical procedure has occurred.  The statute of limitations to file a medical malpractice claim is two years in Virginia and three years in North Carolina. Treatment, recovery, and an often slow return to normal life can take a long time.

·       Steps You Need to Take to Prove Medical Malpractice

·       The Truth About Medical Malpractice