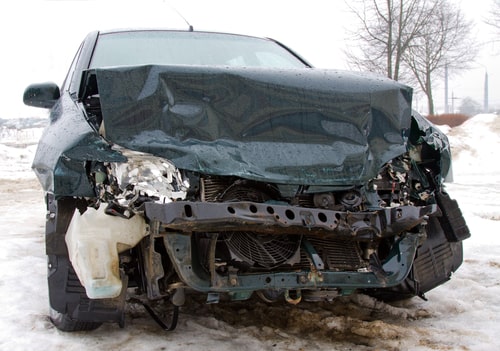 Interstates and highways intimidate many drivers. Between widespread lanes, multiple exit and entrance ramps, and the high rates of speed at which drivers are traveling, these are common areas for car accidents to occur, and the injuries that result can be severe.

Wrong-way accidents are some of the deadliest crashes that can occur. The majority of these accidents are head-on and often at full impact. According to national statistics, more than 500 victims die each year in wrong-way crashes. It is very likely in the crash that occurred Thursday night, had the other driver not been in a huge tractor-trailer, but instead in a passenger vehicle, he would have suffered injuries or been killed in the accident.

Wrong-way crashes are one of the least common but most potentially deadly types of car accidents. Research indicates that cases such as the above are fairly typical in terms of the time period in which these accidents happen. In a survey of wrong-way accidents across multiple states, researchers found the majority of these crashes occur between the hours of midnight and 5:00 a.m., with 2:00 a.m. being the peak time for accidents.

Unfortunately, statistics show that alcohol use is often a contributing factor in these crashes. As in the above case, they are also most likely to occur on major highways and near entrance or exit ramps. Studies show that increased DUI enforcement efforts over these hours and at these locations could help to reduce the risks, as could more signage warning drivers of ‘One Way’ and ‘Do Not Enter’ at critical locations.

Insurance companies will often try to pressure car crash victims to settle their claims quickly and for much less than what the victim deserves. That is why it is critical to contact a skilled Virginia car accident attorney immediately following a collision for advice and direction. Call Shapiro, Washburn & Sharp today to schedule a free and confidential consultation. For more information, download our free guide to car crash injuries in Virginia.