A multi-car accident in Zebulon, N.C. sent four people to the hospital. Two of the people hurt included a mother and young child. The crash took place on N.C. 96, also known as Zebulon Road, near Martin Road.

According to police, a Toyota Camry hit a pickup truck, which caused the truck to roll over down an embankment. The car then hit a Kia SUV. The force of the impact caused the Kia to flip over and it rolled into a creek. The mother and her son were in the Kia. 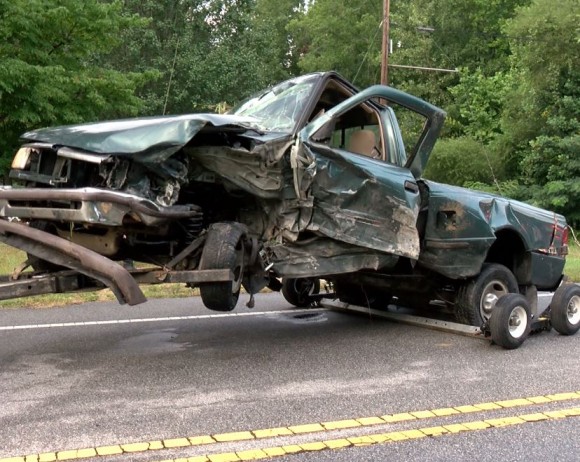 Witnesses reported the driver of the Toyota as being “doing too much” before the vehicle veered over and hit the truck. One driver said she noticed the driver’s dangerous driving when the vehicle was in front of her and was concerned enough that she slowed down to put some distance between her vehicle and his. Seconds later, he crashed into the truck.

Other witnesses say after the crash, the Toyota’s driver threw beer cans out of the vehicle and kept apologizing for the crash. He was charged with driving left of center, littering, and having improper tires. The littering charge was for the beer cans. Police say he was not under the influence but was worried he would be accused of drunk driving because of the beer cans in his vehicle. He claimed to police he passed out because of a medical condition.

All three drivers and the young child were taken to the hospital with serious injuries, but police say all were expected to recover.

Signs of a Dangerous Driver

Although there is no guarantee to avoid being in a car crash, there are steps you can take to help minimize the risk. Staying alert to signs that another driver may be impaired or distracted – such as the woman in this accident who slowed down to get away from the driver who caused the multi-crash – is an important element to staying safe.

Some of the signs that indicate that a driver may be impaired or engaged in distracted driving behavior include:

If you do come across a driver exhibiting any of these behaviors, pull over in a safe area until the driver has passed. You may also want to call 911 and report the driver. You could be saving someone’s life.

Have You Been in a Crash?

If you have been injured in a crash caused by a distracted or impaired driving, you may be entitled to financial compensation for the injuries you have sustained. Contact a skilled North Carolina car accident attorney to discuss the details of your case and how our Carolinas personal injury firm may be able to help.