Why Drivers Say They Never Saw the Motorcyclist They Hit 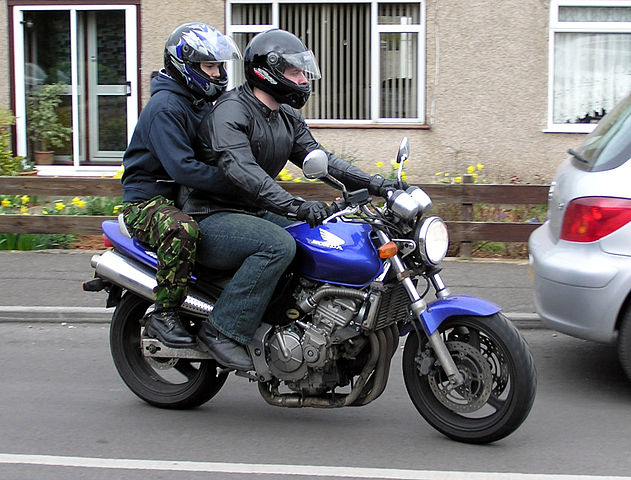 Sure bets rarely are. But take it from us as personal injury and wrongful death attorneys who have helped victims of motorcycle crashes in North Carolina for more than 30 years: A driver who hits a motorcycle will swear they never saw the bike or its rider.

In particular, drivers who cause collisions while attempting left-hand turns are guaranteed to claim they cannot be held at fault because “the bike came out of nowhere.” This kind of temporary blindness occurs with alarming frequency, and with devastating consequences.

As a safety pamphlet distributed by the Maryland Motor Vehicle Administration explains, “The most common type of crash involving a car and a motorcycle is at an intersection when the automobile driver is making a left turn in front of a motorcycle.”

Not a Valid Excuse

Are the people behind the wheels of cars and trucks telling the truth?

Kind of, for reasons detailed in the following section. The legal point, however, is that drivers have enforceable duties to watch for motorcycles and to share the road safely and respectfully. Failing to meet those duties, even for any of the reasons discussed here, makes drivers liable for compensating the motorcycle riders they hit and injure or kill.

For instance, paragraph b of section 20-155 of the North Carolina General Statutes specifies that “the driver of a vehicle intending to turn to the left within an intersection or into an alley, private road, or driveway shall yield the right-of-way to any vehicle approaching from the opposite direction which is within the intersection or so close as to constitute an immediate hazard.” Not yielding to an oncoming motorcycle should earn a driver a traffic ticket. It also exposes the driver to an insurance claim or lawsuit.

Motorcycles are small, making them difficult to pick out of a field of vision that includes so many other things. And, ironically, a single motorcyclist against a clear sky on an otherwise empty road can “disappear” simply because a viewer does not expect to see it. Then, once an object is missed at first look, it is likely to be missed again because what one sees in a familiar view is filled in by memory.

Further, the human eye has difficulty tracking the distance and speed of small objects as they move. Add to this purely neurophysiological limitation the fact that too many drivers look once to the right, once to left, and then proceed with a turn or merge without rechecking either direction. What you get is a high likelihood that a driver will not see an approaching or nearby motorcycle because they did not look for one, did not confirm the absence of one and assumed that one would not be in the vicinity.

With spring beginning and summer approaching as I write this post, drivers need to expect to encounter more motorcycle riders. Drivers who remain blind to bikes put lives at risk.