Forensics: What Do the Forensic Files, CSI- Crime Scene Investigation Have to do with Personal Injury? 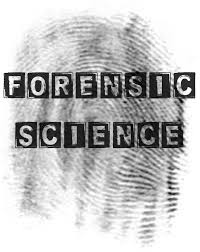 As a personal injury lawyer, I like to watch a show on Court TV called The Forensic Files. It also seems that CSI and similar shows are maintaining great popularity with the public. “Forensic” is defined as “pertaining to, connected with, or used in courts of law or public discussion and debate,” and the word forensic is used hand in hand with “evidence law” that is needed to win cases.

Was a parked tractor trailer pulled fully off the interstate highway onto the shoulder or was it located several feet inside the far right lane?

Given that our truck operator client was seriously and permanently injured, and he claimed that another tractor trailer operator had not fully pulled off the highway, the key issue was how to prove his contention. The answer was to obtain an accident recontruction expert and examine all of the scuffs, skids and marks, not only on the surface of the highway, but by comparing the location of the highway scuff and skid marks to existing collision damage on each of the tractor trailers.

Did weather play a part? To evaluate whether patchy fog was in the area, our firm obtained weather studies to confirm the contention that fog also may have affected our clients ability to see the tractor trailer on the side of the road.

By proving our forensics, our attorneys were able to obtain a very substantial settlement for our tractor trailer operator who was catastrophically injured, convincing the other party’s insurance company that the tractor trailer may not have been fully on the shoulder of the highway.

A 75-year-old woman dies of asbestos-induced mesothelioma lung disease but did not know whether she had worked around asbestos in any of her previous occupations.

When the estate of the deceased woman contacted us about her mesothelioma death, we knew that she had worked for a well-known railroad as a secretary and clerk for 20-30 years. We were not sure if asbestos was located in one of the key train stations where she had worked. Accordingly, we filed Freedom of Information Act requests to the state government, which subsequently purchased the railroad terminal where she had once worked. We heard rumors that major asbestos abatement and removal was done from the train station, although it took place 10 years after she worked there. After our personal injury lawyers carefully analyzing the materials with an industrial hygienist, we were convinced that several sources of asbestos were located in the terminal was her railroad workplace, which was verified by the subsequent asbestos removal.

We convinced the railroad to pay a substantial sum to the estate of the deceased secretary/clerk who contracted mesothelioma cancer, caused by asbestos.

We discussed with the injury client all of her prior medical care and learned that there was a neck MRI done six years prior to the new accident. We obtained the MRI from before, obtained the current MRI, and placed them both in the hands of a neuroradiologist, a specialist who examines radiology, especially MRIs and CT scans. The neuroradiologist told us that clearly there was an additional new disc herniation visible in the current MRI which had not been present in the previous MRI.

We obtained a very significant settlement for our person injury client disproving that the preexisting condition was significant or that there was a disc herniation previous to the new accident.