The North Carolina Division of Motor Vehicles recorded 4,759 crashes involving tractor-trailers and semi-trucks in the state during 2019. More than 1,100 of those collisions inflicted injuries, and 66 left at least one person dead. 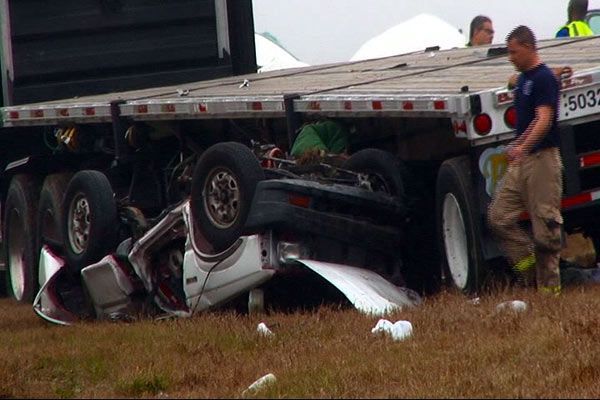 Deadly and injury-causing crashes also involved box trucks, construction vehicles, firetrucks, ambulances and farm equipment. It is easy to assume that the truck drivers were to blame in each of those incidents. It is also wrong.

Other people on the road make errors, so truck operators are not always responsible for collisions. Additionally, defective and poorly maintained equipment pose ever-present dangers to both truck drivers and everyone else who travels the roads and highways of North Carolina.

How Great a Risk Is Bad Equipment on Large Commercial Trucks?

The Federal Motor Carrier Safety Administration (FMCSA) last issued a report on this problem in the mid-2000s. A multiyear project to update to the 2007 Large Truck Crash Causation Study launched in 2019. What we currently know is that “brake problems” ranked as the leading contributor to driver error as a cause of crashes.

In their original review of data, FMCSA researchers determined that faulty or damaged brakes played a role in 29 percent of the big rig wrecks recorded between 2001 and 2003. Such issues compounded negligent and reckless actions by truck drivers, including traveling too fast for conditions, “inadequate surveillance” and inattention (which are types of distracted driving), and fatigue.

Federal and state rules require trucking companies and independent operators to perform and document regular maintenance on their tractors, trailers and other vehicles. Maintenance logs are subject to inspection without notice, as are the trucks and their components.

Drivers also have a duty to check over their trucks each time they start and end a driving shift. Items to measure and assess include tire pressure, kingpins, reflective strips, air lines for brakes, engine fluid levels and weight distribution, especially for liquid loads). Any mechanical problems should be flagged and resolved as soon as practical. Many times, truckers rush through or skip checks or skip them altogether.

A trucking company or independent operator that fails to keep equipment in proper repair should be found liable for injuries and deaths caused by mechanical failures. Proving that brakes failed or balding tires blew out requires gaining access to the equipment and corporate records.

This is exactly what our North Carolina personal injury attorneys did when representing the victim of a truck crash in which bald tires made the rig unsafe to operate. The owner-operator who was at fault tried to deny liability by saying the tread separated from a tire unexpectedly. Our analysis of the vehicle and its maintenance records, however, revealed that several tires of the same make were worn and in need of replacement.

In many cases, truck accidents are blamed on truck drivers. But sometimes the fault does not lie with the driver, but rather with the truck company responsible for keep their big rigs in safe and working order.

It is important to understand that commercial trucks need significantly more maintenance than other vehicles. Trucks are on the road for much more time and many more miles per day than a privately owned vehicle or family car. Also, since trucks are much larger and heavier than other vehicles, their working parts, such as their breaks and tires, tend to wear out much more quickly. All in all, a truck has a much larger chance of mechanical failure that could result in a truck accident and truck accident injuries. Especially if the tractor-trailer in question has not been inspected as outlined by national trucking regulations, a truck could suffer from a blown tire or failed breaks while on the highway or interstate.

It is the driver’s responsibility to inspect their truck each time they get off the road. These checks should include tire inflation, kingpins, reflective strips, air lines, fluid levels, and weight distribution – but many times truckers rush through such checks or skip them altogether.

How large a problem is truck mechanical failure? According to a Federal Motor Carrier Safety Administration report in 2006, nearly 30 percent of truck crashes involved brake failure. It is the second most common cause of truck accidents across the country after driver error.