Why Railroad Workers Must Know and Comply With Rule G 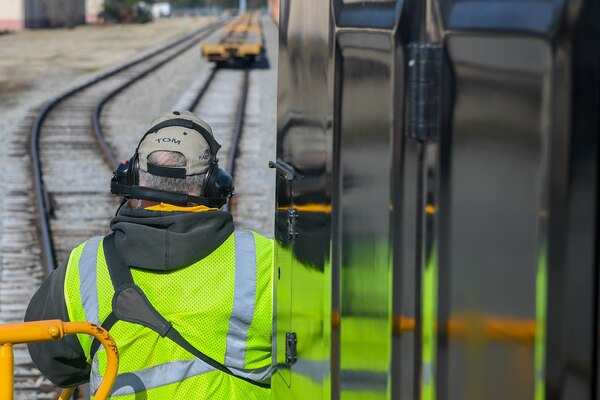 The legal limit for the blood alcohol concentration limit of an on-duty railroad workers is zero. Yes. No one who would register a BAC above 0.00 should be allowed into a rail yard when the shift whistle blows.

Further, railroad workers who are on the clock cannot have any measurable amounts of Schedule I or Schedule II controlled substances in their system. Drugs and prescription medications of particular concern are marijuana, cocaine, amphetamines and methamphetamines, heroin and opioid painkillers such as oxycodone, hydrocodone and hydromorphone.

Those two short paragraphs are Rule G boiled down to its essence. It exists to ensure the safety of individual railroad workers, everyone working in and around trains, and the residents of the communities through which trains run. Sober workers are safer workers.

The name of the rule comes from the order in which it was traditionally listed in railroad corporate training manuals. It is now written into federal law as 49 C.F.R. §§ 219.101-102.

Beyond reducing risks for accidents, injuries and deaths, complying with Rule G is essential because rail corporations have the legal authority to fire workers on the spot for violations. Also, testing positive for alcohol or drug use following a reported on-the-job accident strips a railroad worker of their right to file claims for compensation under the Federal Employers Liability Act. A Rule G violation trumps FELA rights no matter how provably negligent a rail corporation or its managers were.

In the course of requiring railroad corporations to “exercise due diligence” in ensuring compliance with Rule G, 49 C.F.R. § 219.105 gives companies broad authority to do so. That section of the federal code instructs railroads to test practically all their employees for alcohol and drug use twice each year. The mandated test can be conducted randomly without being announced in advance.

Railroads will also administer drug and alcohol tests following accidents and when a supervisor, manager or coworker suspects that an employee has reported for duty while drunk or stoned. An employee who refuses to voluntarily provide a urine and/or blood sample for testing when asked to do so can legally be fired or suspended just for that refusal.

At the same time, railroads must, under 49 C.F.R. 219.105, offer “alcohol and/or drug use education, prevention, identification, intervention, and rehabilitation programs.” That provision of the law actually gives railroads an incentive to conduct the mandatory twice-yearly drug and alcohol tests.

Some Allowances Made for Prescription Painkillers

Federal regulations issued in 2017 carved out a very limited exemption to Rule G involving the use of prescribed opioids to treat and manage pain. Railroad work takes a toll on the body, and few engineers, conductors, brakemen, signalmen, trackmen, mechanics, or maintenance of way workers go through an entire career without suffering an injury severe enough to spend time off the job.

Employees cannot, however, use opioids with impunity. To qualify for the limited Rule G exemption, they must have a valid, up-to-date prescription for each medication that is detected in their blood or urine sample. Concentrations of the prescribed medications must also be within therapeutic ranges.