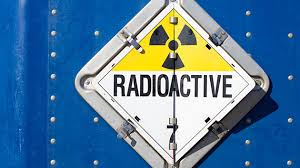 Our Virginia railroad injury/disease law firm has been representing railroad workers (transport workers such as engineers, switchman, conductors) who claim various health illnesses including cancer as a result of being exposed to radioactive substances moved by railroads in and out of a nuclear weapons and uranium enrichment nuclear plants/facilities. The allegations involve Oak Ridge, Tennessee railroad activities and there are indications that enriched uranium was transported regularly by railroad trains from Paducah, Kentucky, and a variety of other nuclear/uranium enrichment plants or facilities. Cancers that can be associated with radiation run the gamut from lung cancers, brain or blood cancers, thyroid cancers, colon cancers and serious blood disorder cancers. Claims by railroard workers against a railroad employer for injury, disease or death fall under a law called the Federal Employers Liability Act (FELA).

Beginning as early as the 1960s, a number of the nation’s railroads were moving radioactive cargo, enriched uranium, and a wide variety of other dangerous radioactive materials by railroad/train. The problem is that many of the railroads did not provide any basic level of industrial safety protection for railroad workers involved in these activities on a daily basis. Our law firm has learned that at least one major railroad had virtually no radiation worker protection program during a 30-year period stretching from the 1960s into the 1990s. Workers with this railroad routinely even rode inside open top gondola train cars often with radioactive contamination inside closed metal barrels, or often inside cars loaded to the top edge with radioactively contaminate metal scrap. And in case you’re wondering, there are no obvious indicators of alpha or gamma radioactivity emanating from these radioactive substances, so a worker is completely unaware of just how contaminated the materials are unless the railroad employer is actively screening the radioactive material. Our investigation shows that for decades a particular major railroad failed to do this essential type of inspection. When cancers later appear in a railroad worker, the question for medical doctors involves whether the railroad job exposed the worker to unsafe radiation.

What are the health risks?

Our investigation shows that the major railroads were aware by 1958 that radioactive contamination and/or radiation itself was a cause of cancer. This fact was discussed in the annual seminars of the nation’s railroad doctors in 1958 and one must keep in mind that this was 13 years after the United States dropped nuclear weapons in Japan and there were a number of studies discussing the horrible radiation related health effects on the Japanese, including a wide variety of cancers such as lung cancer, brain cancer, thyroid cancer, colon cancer, blood disorder cancers, and almost any cancer imaginable.

Of course radioactive contamination is one of the most dangerous types of carcinogens that can be transferred by railroad car, rivaled in danger level with the toxic substance asbestos (which is virtually invisible in the air also, since the fibers of asbestos are very tiny). Radiation ranks very high as a known carcinogen. There is a basic premise of railroad law that the more dangerous and toxic a substance is, the more vigilant and careful a railroad must be in inspecting and protecting the worker from the propensities of a dangerous substance (radiation is technically a “physical agent” as isotopes of radioactivity are what damages the bodies cells). Also, it is basic that railroads have a duty to warn and a duty to inspect. This duty extends to all of the places that a railroad calls, including industrial sidings, the premises owned by third-parties and anywhere else it sends its railroad workers. The duty to inspect extends not only to the railroad’s own equipment, but to any equipment that the railroad uses whether owned by another company or the employing railroad. Last, the U.S. Supreme Court has stated repeatedly that a railroad has what is called a “nondelegable duty” to provide a safe place to work to its workers. It cannot shift responsibility for those essential duties to a third party, particularly with any dangerous type of cargo that it is moving or handling.

Our railroad injury law firm has been involved in investigating radioactive contamination that was transferred in and out of Oak Ridge, TN National Laboratory/weapons facilities. We have learned, through Freedom of Information Act requests to the Department of Energy as well as through subpoenas of documents from the State of Tennessee Department of Environment and Conservation/Division of Radiological Health, about a troubling legacy of radioactive contamination originally traced to Oak Ridge, but involving decades of transport by CSX, Seaboard, and earlier the L & N railroads.

For example, we learned from these requests that CSX was engaged in an effort with the DOE to completely remove and remediate its “CSX Oak Ridge spur” just outside the Oak Ridge National Laboratory’s, Y-12 facility. Apparently, the Department of Energy paid all or most of the costs of completely removing an entire set of yard tracks because of uranium and radiation contamination in the soil surrounding this entire area. For decades CSX or its earlier railroads handled radioactive waste moving in and out of Oak Ridge. Not only did Oak Ridge Laboratory sell, during the ‘50’s, 60s and ‘70s, uranium and plutonium contaminated scrap to various junkyards, but Oak Ridge received radioactive contamination from a variety of government contractors involved in uranium enrichment/nuclear weapons processes around the United States. As a matter of fact, for some types of waste Oak Ridge was about the only place that these other contractors could transport their radioactive contamination where it was allowed to be placed in a variety of containment facilities at Oak Ridge. And again, who moved all of this contaminated cargo over many years and decades? The railroads. And who worked for the railroads and handled this contaminated scrap? The rank and file railroad workers such as conductors, the brakemen, the switchman/switchmen, and engineers.

There are stories of armed guards protecting special passenger cars that were moved in and out of Oak Ridge in the 1950’s, 1960s and 1970s. The security guards traveled with these “hot cars” and never disclosed what exact special contents was located inside these cars but needless to say they were holding nuclear weapons materials involved in the nuclear weapons production at Oak Ridge. Some of the unclassified documents referred to the materials with a code name that our office obtained under Freedom of Information Act requests. But the railroads moved into Oak Ridge tons of contaminated radioactive waste, some inside concrete casks on railroad cars. Nothing, not even concrete, will contain the most highly radioactive materials.

What are some health effects of radioactive contamination?

Radioactive contamination, also called radiation, can be in several forms including alpha and gamma isotopes. The characteristics of these types of isotopes and how they can damage the body’s cells, is a fairly complicated discussion but needless to say ionizing radiation can damage cells and can lead to cancer. This is well known. What types of cancers? Radiation can be associated with many types of cancers including lung cancers, brain cancers, colon cancers and some fairly rare cancers like bone cancer and bone marrow cancers. MDS, myelodysplastic syndromes, are also associated with radiation exposure or benzene exposure. Where would benzene be associated with railroad work? Benzene is a constituent of diesel fumes, emitted from every diesel engine operated in the United States. Benzene is a known carcinogen and one of several constituents of diesel fumes known to be a carcinogen along with several others like carbon monoxide. Benzene is associated with certain types of cancers including MDS described above.

How do you find out if your cancer or syndrome was associated with radioactive substances, or benzene or diesel fumes?

Are there documents which show railroads exposed workers to radioactive contamination?

Every geographical area has a different issue and every worker that worked near a nuclear weapons or uranium enrichment facility requires an analysis of what the occupational exposures may have been.

Our law firm, through Freedom of Information Act requests and subpoenas of documents, has found clear evidence that uranium contaminated cargo as well as plutonium contaminated cargo traveled from the Oak Ridge, Tennessee facilities by railroads to various scrap yards that railroad workers routinely worked in and out of. One of the scrap yards in Tennessee that routinely received radioactive scrap and metal barrels became a Tennessee Superfund site and extensive inspection and sampling was done of soil and water. The soil and water testing as recently as 2007 showed levels of plutonium (an extremely toxic, carcinogenic radioactive isotope) in the soil and water that exceeded at least three times the natural level. This showed that clearly plutonium contaminated scrap had been transferred to the scrap yard and we had other evidence that proved that the only two sources of transport were railroad train cars or trucks but in either case railroad workers would have been exposed to the materials. It takes careful investigation in order to prove what exposures may have occurred in relation to a weapons facility or a uranium enrichment facility that was serviced by railroad workers. We offer free, confidential initial consultations. Please contact our law firm immediately to determine if you meet the criteria for acceptance of your claim. Statutes of limitation apply to all claims under the FELA against railraod employers.