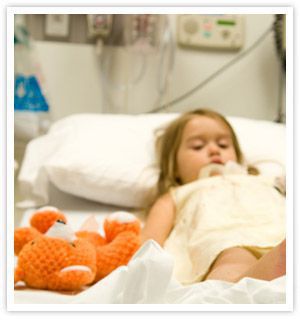 The rules in Virginia (VA) courts related to personal injury cases is often less favorable for the family with an injured loved one than other states like North Carolina (NC). However, as an attorney who regularly practices personal injury law in both VA and NC, I have come to realize that VA courts are actually more flexible for helping the parents of a child hurt in an automobile accident than in some other states. Once a settlement has been reached in a car wreck case with injuries to a child, both VA and NC courts require an infant settlement. An infant settlement is a procedure wherein the court must approve any personal injury settlement resolving an insurance claim or a lawsuit involving a child. The court normally will not second guess an agreement reached on behalf of the child by the parents, the family’s personal injury lawyer and the insurance company. However, the court wants to make sure that any permanent injuries to the child have been taken into account and that the settlement seems to be fair.

The tricky part is what the court does when child has been injured as far as the personal injury proceeds or money that the family has received because of the motor vehicle collision which hurt their son or daughter. In NC, there is essentially only one option which is placing the money with the court to earn minimal interest until the child turns 18. At that point, the child (now an “adult”) can go collect the money without any guidance from the parents, the court or the personal injury lawyer as the child is then an adult in the eyes of the law. The one other option for infant settlement in NC is a structured settlement, if it is a serious injury and a structured settlement has been arranged by the personal injury lawyer on behalf of the family of the child who was hurt with the insurance company for the defendant before resolution of the case.

The VA Circuit Court has much more flexibility to make sure that the child receives the benefit of the money, but without the harsh limitation that it can only be left with the court until the child reaches 18. Because the VA state legislature passed laws allowing alternatives, the court under certain circumstances may give the money to the parents to use for the health, welfare, and benefit of the child even before they turn 18. Sometimes the court requires a surety bond and accountings and sometimes not. However, this greater flexibility with the court is to the advantage of families who have suffered a personal injury to one of their children from automobile accident. In this regard the mere happenstance as to whether the car or truck wreck took place in VA versus NC makes a lot of difference in terms of the ease and flexibility of getting the court approval for a distribution of the settlement funds in a way that the family is happy with.