Accident [ak-si-duh nt] noun. 1. an event that happens by chance or that is without apparent or deliberate cause.

The number of people killed in auto accidents every year has skyrocketed. Last year alone, 38,000 people were killed. And because of those numbers – and the reasons why these deaths happen – there is a national movement to stop referring to these incidents as “accidents.” Most collisions where people are killed or seriously injured are caused by human error; safety advocates say that reason alone disqualifies them as true accidents. 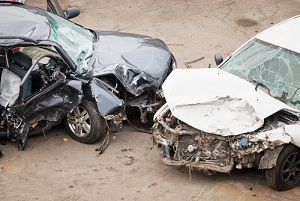 The National Highway Traffic Safety Administration, as well as other federal and state officials, point out that referring to car crashes as “accidents” results in an apathetic societal attitude. Only 6 percent of crashes are caused by factors such as weather or vehicle malfunction. The other 94 percent are caused by people involved in risky driving behaviors, such as distracted driving and drinking and driving.

States and municipalities across the country have taken steps to change official language from “accident” to “crash” in legal codes, insurance, and police reports. Even some media outlets are replacing the word “accident” with the word “crash.” Just this past spring, the Associated Press (AP) announced that when negligence is claimed in an accident, reporters should refer to it as a crash.

Here in Virginia, the Department of Transportation changed its verbiage from accident to crash this past June.

Car crash victims often suffer from injuries which require a long-term recovery process. This often involves high medical expenses, as well as lost wages from work, and pain and suffering. And it is not uncommon for victims to suffer life-long damage from these injuries.

Insurance companies will often try to pressure car crash victims to settle their claims quickly and for much less than what the victim deserves. That is why it is critical to contact a skilled Virginia Beach personal injury attorney immediately following a collision for advice and direction. For more information, download our free guide to car crash injuries in Virginia.