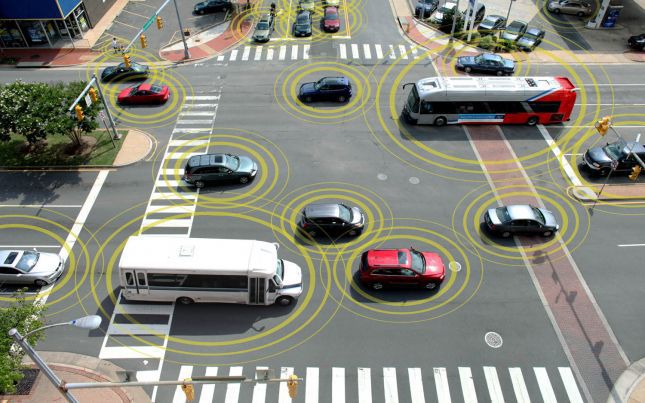 According to the National Highway Traffic Safety Administration there were 33,500 fatal crashes in 2012.  Defensive driving has never been more important with more and more distracted drivers on the road.  But what if your car could see a deadly crash coming even if you don’t? Sounds too good to be true but a new technology called connected-car promises to do just that.  It works by using a radio signal that would continually transmit a vehicle’s position, heading, speed and other information. Cars and light trucks would receive the same information back from other cars, and a vehicle’s computer would alert its driver to an impending collision.

So essentially your car could “see” when another car or truck equipped with the same technology was about to run a red light, even if that vehicle was hidden around a corner. Your car would also know when a car several vehicles ahead in a line of traffic had made a sudden stop and alert you even before you saw brake lights The technology works up to about 300 yards.

Unfortunately this wonderful new way to drive won’t be around anytime soon.  Car manufacturers will have to start installing it in new models and studies show that you need at least 7-10% of vehicles in an area to have the technology before safety benefits can be seen.  However there may be a way that smart phones can start helping drivers instead of hindering them.  If smart phones with GPS could be fitted with a radio chip then the safety benefits of connected-car technology could be passed on to pedestrians, bicyclists and motorcyclists.  A driver could be alerted to a possible collision with a pedestrian carrying a smartphone sending out information, even if it was too dark to see the person.

As Virginia car accident attorneys we have seen our share of pedestrians who were injured in a car accident while simply walking down the street.  If this technology can be implemented then many people may be spared the pain and injury that car accidents cause.  One of our past clients was a Norfolk school teacher who was injured while in a cross walk.  The man suffered multiple bone fragments and problems at the posterior subtalar joint which required surgery and physical therapy.  Who knows what would have been the outcome if connected-car technology had existed at the time.