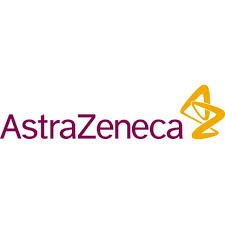 AstraZeneca last week announced that it would pay a total of $520 million to settle federal and whistleblower charges that it had improperly marketed its medication Seroquel. The size of these combined settlements, first reported in the New York Times, may seem large. Compared with the $1.4 billion Eli Lilly agreed to pay in fines for encouraging the inappropriate use of Zyprexa, however, AstraZeneca’s penalty for putting patients at inappropriate risk looks paltry.

Both Seroquel, which has the generic name quetiapine fumarate, and Zyprexa (olanzapine) have U.S. Food and Drug Administration-approved indications for treating bipolar disorder and schizophrenia in adults. Neither medication has been studied and found safe in children. Both medications have caused fatalities among elderly patients with dementia; have caused rapid, significant weight gain and diabetes among users; and have increased users’ depression and risk for committing suicide.

AstraZeneca faces more than 14,000 civil suits from patients and patients’ families over the too-aggressive marketing of Seroquel. Lilly settled its own rash of Zyprexa-related lawsuits for more than $800 million.

Theses fines and cash payouts for the misuse of potentially dangerous drugs represent justice for past victims and victims’ families. They are not, however, enough to protect patients moving forward. Despite federal regulations and industry-developed standards prohibiting the marketing of prescription drugs for uses not approved by the FDA, drugmakers continue to promote their medications for so-called “off-label” uses.

As VA dangerous drug attorneys we know such practices need to stop. No prescription drug is completely risk-free, but patients do not have be put in harm’s way by companies or doctors who use medications off label in unsafe ways. Patients need to be assured that the drugs they take are safe for them and proven effective for treating their condition.