How Many Commercial Truck Drivers Are Under the Influence of Drugs? 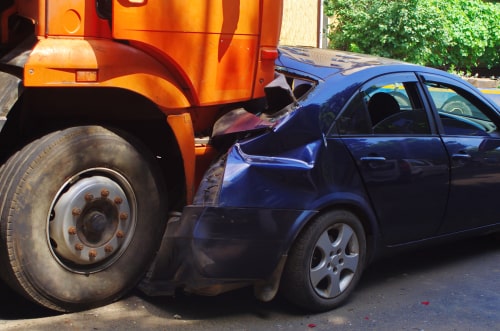 One of the worst types of personal injury cases we handle at our Virginia law firm is truck accident claims. Because these vehicles are so large and heavy, the damages from these accidents are often catastrophic. An increasingly major issue in these crashes is drug use by commercial truck drivers.

Results of a recent study revealed that commercial truck drivers in the United States are operating these massive vehicles under the influence of drugs, especially cocaine, at much higher numbers than drug test results compiled by the Drug and Alcohol Clearinghouse are showing. The clearinghouse is an online database overseen by the Federal Motor Carrier Safety Administration (FMCSA) that gives employers and government agencies real-time access to information about CDL driver drug and alcohol program violations.

The study was conducted by the Alliance for Driver Safety & Security (Trucking Alliance) and the University of Central Arkansas.

In its findings, researchers identified two alarming concerns for any commuters who share the roads with commercial truck drivers. The first finding was that truck drivers are using cocaine significantly more often than marijuana. This has also been the conclusion of earlier studies.

The study also found that due to its method of testing, results from the Clearinghouse are not accurate. The Clearinghouse only uses results from urine tests, which the study says are less accurate than hair follicle drug testing. Researchers concluded that if hair follicle tests were the standard used, approximately twice the number of commercial truck drivers tested by the federal government would be disqualified due to driving while impaired.

To reach their conclusions, researchers looked at 1.5 million pre-employment urine drug tests recorded in the Clearinghouse and just under 600,000 urine and hair tests that were submitted by carriers to the Trucking Alliance for pre-employment drug tests.

This means that if hair testing was the current Clearinghouse drug testing method, an additional 58,910 truck drivers would have been disqualified from operating a commercial truck. This is double the actual number Clearinghouse test results put in prohibited status in just the year 2020 alone.

Hair follicle drug testing was authorized by Congress for both pre-employment testing and random testing of commercial truck drivers in 2015. When testing an individual’s hair follicle, their drug use for the prior 90 days can be determined. Some of the more common drugs hair follicle testing can reveal include:

If you or a loved one has been injured in a truck accident caused by a truck driver operating under the influence of drugs or alcohol, contact a seasoned Virginia truck accident attorney. Truck accidents can be more complex than other types of motor vehicle accidents because depending on the circumstances of the crash, there may be multiple parties who are liable for a victim’s injuries.

Victims of truck accidents may be entitled to compensation for medical expenses, loss of income and benefits, pain and suffering, emotional anguish, permanent disability, scarring, disfigurement, and more.

Our Virginia personal injury law firm has successfully represented many clients who were injured in truck accidents and will use all available resources to aggressively advocate for you and your family in obtaining the financial compensation you deserve. Call Shapiro, Appleton, Washburn & Sharp today at 800-752-0042 for a free case evaluation. With almost four decades of legal experience behind us, we will get you the best possible outcome based on the circumstances of your case.