Hydroxycut is Dangerous and Recall was Warranted 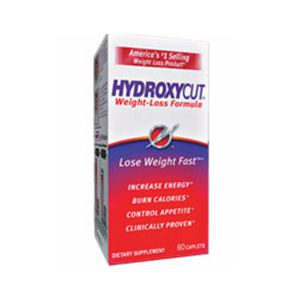 Many people have an on-going battle with “the bulge.”

We’ve witnessed fluctuations in our weight (and waste lines) as we get older. In an effort to decrease body fat and get those movie-worthy six pack abs, people sometimes take weight loss supplements.

Unfortunately, a myriad of companies take advantage of people’s desire to look good and produce shoddy, dangerous products that do nothing to help reduce body fat. In fact, certain supplements cause horrendous side effects, and even death.

One supplement in the headlines is Hydroxycut, a very popular weight loss supplement in the United States. Unfortunately, popularity doesn’t translate to quality. 14 of Hydroxycut’s products were taken off the shelf. The reason: a high risk of liver failure and other terrible side effects.

These charlatans swindled people out of their hard-earned money and sold products that not only failed to work, but killed people. A 19-year-old boy was killed in 2007 after using Hydroxycut.

Think about that; a kid, probably just graduating from high school on his way to college, is now dead because of Hydroxycut. I have children and would be devastated if they were seriously injured or killed from some supposed fat burning pill.

“I was in and out of sleep for around 7 hours and then opened my eyes and abruptly sat up in bed. My heart rate had sky-rocketed once again but I felt that this time it was more severe. I felt cold and sweaty, my mouth was extremely dry, I was jittery and when I stood up, I felt as if my legs would give way beneath me. Something was not right and I felt like my heart was going to suddenly stop because it was beating so fast. I woke my husband (it was 4am) and asked him to drive me to the hospital quickly because I felt like I was dying. Once we got there, they rushed me into a room right away and monitored my heart rate, gave me a blood test and put me on IV and injected me with drugs to slow my heart down and to calm me down. My husband explained to the doctors what I had taken and they said that they had a few cases of people being hospitalized because of the same thing.”

Clearly, Hydroxycut is an extremely dangerous drug and I’m glad it was removed from the market. One of the most ominous and serious side effects is liver failure, which I’ve written about in previous posts.