To many people, their vehicle is an extension of themselves, and as such, many owners will add their own personalized touches. This can be done with seat covers, bumper stickers, and other items that reflect a driver’s personality. Many drivers also like to hang items from their rearview mirror, like car fresheners, graduation tassels, or other mementos. But hanging items on the mirror can end up causing the driver all kinds of headaches and may even result in injury. 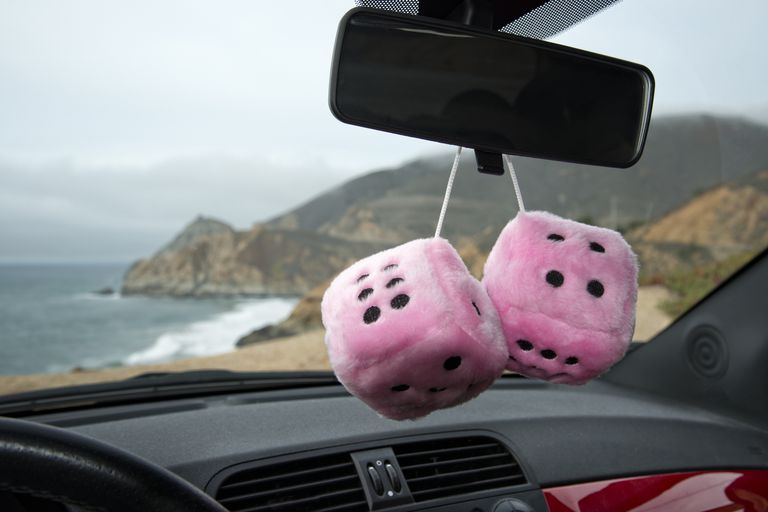 The rearview mirror was not meant to be a “hanger” and placing items on it could result in putting too much weight on the arm of the mirror and cause it to break off.  If this happens while a person is driving, the mirror crashing down could be enough to startle them, and this alone could cause a driver to get into an accident. And then there is the lapse of time between the mirror falling off and getting it repaired which leaves the driver without that critical mirror, putting the driver and anyone else on the road around him at risk.

Another dangerous issue is that these items can block visibility for the driver, leading to a crash. Even a small item can obstruct your view to an oncoming vehicle, depending on the location and angle you are looking out at. In fact, under Virginia law, it is illegal to have anything hanging from your rearview mirror. The law reads:

So, if a driver is involved in an accident and they have items hanging from their mirror, a police officer called to the scene could end up citing the driver for disobeying that law, as well as determine that driver to be at fault for the crash.

The Price of “Fuzzy Dice”

Although it may seem far-fetched that an item hanging from the mirror could cause a serious accident, it happens every day, resulting in often serious injuries to the victims. In one such crash, the driver had a stuffed animal hanging from his mirror that obstructed his view as he was attempting to change lanes. His vehicle smashed into another vehicle, and the driver in that car suffered severe injuries which required multiple surgeries. A jury later awarded the victim and her family more than $475,000 for the crash.

If you have been injured in a crash caused by the negligence of another driver, contact a Virginia car accident attorney to discuss what legal options you may have. Our Virgina law firm has successfully represented many injured clients and we are happy to meet and discuss how we may be able to help you.